Amsterdam, Holland—Each year, the Amsterdam Dance Event offers a few pleasant surprises and this past year Cosmic Gate was one of them.

Playing the middle of the “Synergy” bill at the massive Passenger Terminal, Cosmic Gate’s Nic Chagall and DJ Bossi wowed the room with a deft mixture of trancey melodies, techy wobble and percussive punch. The crowd—still waiting for a closing set from local hero, Ferry Corsten—ate it up. And it’s no wonder—the German duo has been a mainstay on the Euro scene for nearly a dozen years now.

While playing Europe’s larger clubs and festivals and dropping dancefloor bombs like “Exploration of Space,” the duo has also enjoyed some continental crossover success. The robotic, but energetic “Fire Wire” hit the UK’s Top 10 in 2001 and the pair charted with vocal tracks that featured Jan Johnston (2002’s “Raging”) and Roxanne Emery (2008’s “A Day That Fades”).

As Chagall and Bossi prepared to release Back2TheFuture (Black Hole)—a collection of remixes from 1999 to 2002 that includes re-rubs of all the aforementioned tracks—we connected with Cosmic Gate.

DJ Times: What got you interested in electronic music?

Chagall: It was just the music that was brand new when we went to certain clubs or record shops in the 1980s. Every week there were new interesting and hot new records to develop. Electronic music was simply so different to the normal rock, hip-hop and whatever that people listened to… and still listen to! We were hooked right away on house, acid and, later on, techno and trance, and we wanted to be part of this amazing movement. 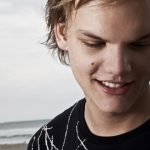 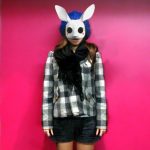