Audio repair has been around for years, and I remember seeing the old Cedar hardware de-clicker and de-noiser boxes in action years ago. These boxes represented the crème de la crème in real-time audio repair, and I was impressed with how easily they removed unwanted artifacts from a recording.

But, they came with a hefty price tag, and so only a few studio people really had access to them. Not anymore.

The Boston-based software company iZotope has released its collection of audio-repair tools, called RX3 & RX3 Advanced.
For this review, I used the RX3 Advanced suite, which contains some additional plug-ins that the regular RX version does not contain, like Dialogue Denoiser, Dereverb, and Deconstruct.

Installation & Set-Up: The process was a breeze, and I quickly opened up a blank session in Studio One. Then, I imported a wet vocal stem from a remix project that I recently completed.

Next, I launched the Dereverb plug-in and began tweaking its parameters. This was my first time using a reverb removal plug-in, and I have to say that I was extremely impressed. I was able to remove the reverb without any issues.

I’ve been an iZotope user and fan for years, so I have come to expect a certain level of performance from their plug-ins, and Dereverb was no exception. Imagine a remixing scenario where you received just a wet set of vocals, when you had specifically asked for a dry set. Well, with Dereverb, you have the ability to create that dry set of vocals.

I spent some time on a few of the other plug-ins, like the Denoiser. This plug-in can rescue your noisy tracks by simply removing the unwanted noise. If, for example, you happen to have a guitar track that has a little bit of noise in it, Denoiser can remove that unwanted noise—so turning up the guitar track doesn’t introduce noise into the mix!

I also enjoyed the Declipper, which works by reconstructing the damaged peaks in the waveform. Every once in a while, I’ll encounter a vocal track where the performance was good, but there was a little bit of clipping on a word or two. Declipper can clean those spots up, and if you happen to work with dialogue, say, this plug-in can really save the day.

Speaking of dialogue, Dialogue Denoiser is a nice tool for cleaning up some of the unwanted room noise, or outside noise that often creeps into a dialogue recording. Spectral Repair reveals characteristics about your audio that a regular waveform won’t show you. I could see this being an important plug-in to have if you are working with live recordings and have to repair certain spots where some unwanted frequencies appeared. Once the problem spot has been identified, this plug-in’s algorithms can resynthesize the audio.

While most of us don’t need to lean on an arsenal of audio-repair plug-ins on a daily basis, every once in a while, we find ourselves in an unusual situation where a set of tools like those in iZotope’s RX3 will bail us out.

If you have any questions for Josh Harris or Making Tracks, please email him at djtimes@testa.com 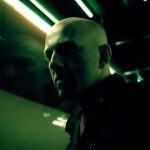 DVS1: Back to the Old School 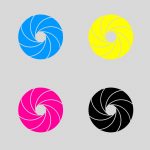