As a solo DJ/producer, Hot Natured band member, and Hot Creations label co-founder, Jamie Jones does it all. After a busy 2013 that saw the release of Hot Natured’s debut album Different Sides of the Sun, two solo EPs, as well as his Paradise Ibiza residency, Jones is keeping the momentum going and making American headlines with landmark cross-country bookings at both Marquee New York and Marquee Las Vegas.

We caught up with the busy DJ ahead of this weekend’s sold-out Marquee New York show to talk with him about the events, his approach to DJing, and his plans for the coming months.

DJ Times: You’re playing both Marquee Vegas and Marquee New York this month. What are you looking to most about the gigs?
Jamie Jones: Vegas is exciting because it’s going to be doing a bit more after hours; I’m going to start after 2 am. It’s a market that we’ve been discussing doing some work in for a little while now; there’s been a few opportunities that have come up here and there but now feels like the right time to bring our music to that city. Of course, I always love being in New York. It’s my favorite city in the world because you go back there and catch up with everyone.

DJ Times: Marquee Las Vegas’ last late-night event featured Richie Hawtin a few months back. What are you expecting to bring to the event, considering that underground sounds aren’t necessarily the norm there?
Jones: I think my style is quite adaptable. I’m sort of a party DJ; I play underground house and techno music mainly but I’m the kind of DJ that loves to go outside of that and play what’s exciting me in my rekordbox at the moment. I like pushing the crowd and making an event into a party rather than people just standing around stroking their chins and listening to a load of beats. I like a real energy when I play so I think it’ll work well there.

DJ Times: As someone who’s no stranger to Ibiza, what’s your take on the notion of Las Vegas being the American Ibiza?
Jones: I think it has a lot of potential. I think people are going to Vegas because there are really good hotels there that are also reasonably priced. And also just the fact they encourage partying in Vegas and what that brings. You can get a drink any hour of the day or night, it’s very 24 hour-minded which really suits clubbing perfectly. In Los Angeles, the alcohol stops at 2 AM, so the parties can never go on much further after that time. You can pretty much do what you want in Vegas, which definitely helps the party.

DJ Times: What is your current DJ setup? Still spinning vinyl?
Jones I still use vinyl, but I’m really enjoying being able to use three [Pioneer CDJ] Nexus’s. I never really got into using three or four turntables with Traktor as a set-up, but having three CDJs and two vinyl turntables allows me to have a lot of stuff playing at the same time and really experiment with it. I can have three songs playing at the same time and use them to almost create new tracks.

DJ Times: What are your big plans for the rest of the year?
Jones: For myself, my plan is to release a ton of music.  I’m planning on releasing two or three EPs on some other labels I’m really into at the moment. Hot Natured’s taking a little bit of a break in the sense that we’re not writing another album, but we’ll be releasing a couple of singles. There’s also going to be a lot of time and effort spent this summer working on Paradise in Ibiza. There’ll be a lot of Jamie Jones in 2014. 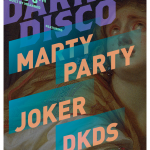 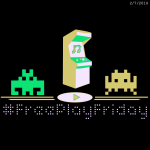