This week’s #MixMonday comes courtesy of MK, who took to the famed BBC Radio 1 Essential Mix decks this past Saturday to deliver two hours of skittering beats and smooth basslines. The mix is a fitting exploration of old and new, including an early appearance of MK’s new remix of Angel Haze and Sia’s ten minutes in, as well as a clever hat-tip to his own famous “Push The Feeling On” remix via a 2013 mix of the track appearing an hour in.

Just a couple minutes past the 80-minute mark, MK previews “Ghost in The System,” his upcoming collaboration with Lee Foss and frequent Hot Natured vocalist Anabel Englund. The track is a bouncing blast of swirling synths and cymbals that acts as an impressive kickoff to 2014. The track is just one of the many exclusives MK premiered in the mix, which include unreleased remixes of Haim, Hot Natured, and London Grammar from the producer.

Stream MK’s Essential Mix below, and head to our Soundcloud for the full #MixMonday archive. 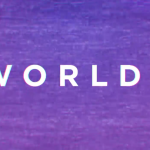 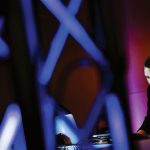