Between the superclubs of Manhattan and Brooklyn, New York City’s club scene is riding high with an endless supply of top-notch events and dance music’s biggest names. However, beyond the bottle service and the velvet ropes lies the city’s underground party scene, and The Cityfox Experience is one of the leaders of the pack. Marrying sleek production levels with the secrecy of illegal warehouse raves of years past, each Cityfox event brings attendees an unforgettable experience with some of dance music’s freshest artists and labels.

Last month, German house and techno label Diynamic presented The Maze, an all-night Williamsburg rager featuring three different rooms equipped with mind-blowing production by Cityfox. Patrons entered via a barren hallway that led directly into the event’s main Dragon Room. After an opening set from Mike Khoury, Stimming took to the stage for an all-live techno set as LED columns illuminated the massive space. Label head honcho Solomun’s set afterward was a blazing explosion of throbbing house bombs, and Zurich-based duo Adriatique followed suit with a similarly massive set that went until 6 AM.

Looking to relive the event or have severe FOMO for not heading out? Click through the photo gallery below to get a taste of The Cityfox Experience.

All photos by Anya White 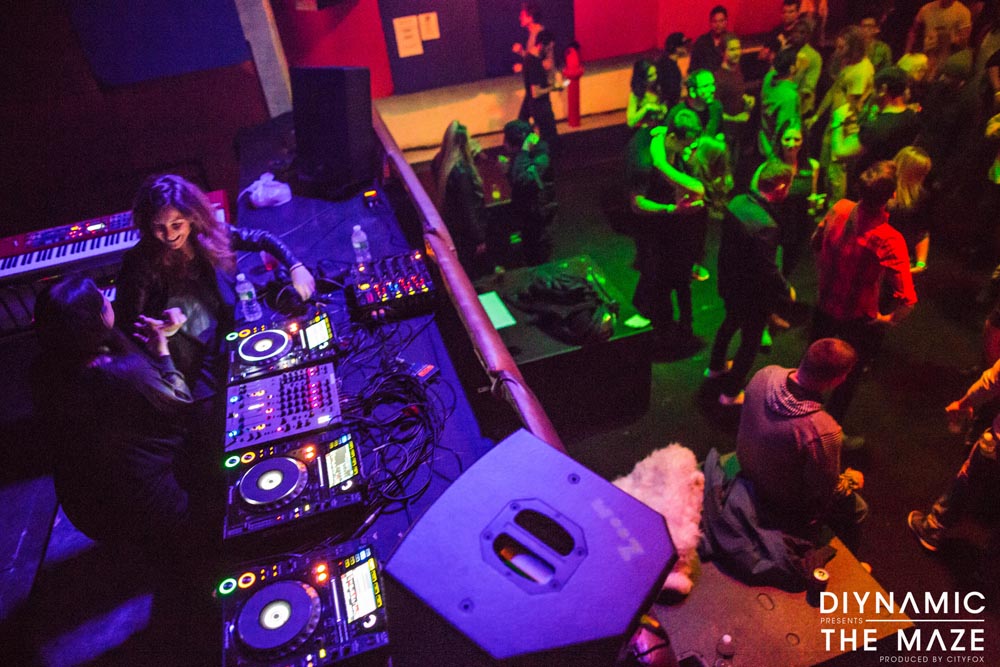