Cafe Mambo Ibiza has announced the details for its 2015 season kick off this May.

The famed sunset terrace—which celebrated its 20th anniversary in 2014—will open its doors for the year on Friday, May 15. Cafe Mambo aims to continue to evolve its lineup of big names, hot new talent, and world-class residents in addition to its food, cocktails, and noted sunset moments. Performers have yet to be announced, but with artists like Pete Tong, Carl Cox Solomun, Bob Sinclar, MK, David Guetta, Tiesto, Fatboy Slim, and Hardwell having graced the decks in the past, it’s safe to assume this year’s lineup will be as impressive.

“We have so many great memories from the last 20 years – and can hardly believe how fast it has gone by. We can’t wait to share 2015 with all of you who make every moment of summer so special. Thank you and let’s toast to many more! See you this summer in Ibiza!”

For more information, go to CafeMamboIbiza.com 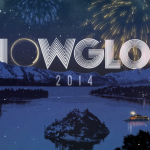 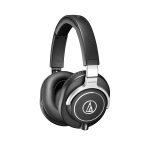