Gramatik is hitting the road this spring for a North American tour, with dates planned from March through May.

The extensive tour includes both festival shows and single dates spread across the US and Canada. The jaunt kicks off on March 13 with a performance at New Orleans, LA’s BUKU Music + Art Project, and Gramatik will also make appearances at Coachella and Hangout Festival during the tour. Other stops along the way include San Francisco’s Mezzanine and Portland, OR’s Roseland Theater, and a special show at Colorado’s famed Red Rocks Amphitheatre on May 9 will feature the Lowtemp crew and special guests Cherub.

Full tour dates are below. For more information, go to Gramatik.net. 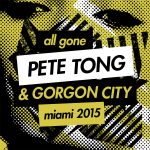