French DJ/producer Madeon has announced his first-ever North American tour ahead of its kick-off this April.

The North American jaunt will coincide with the March 31 release of Madeon’s debut LP Adventure, just 10 days before the tour’s launch at San Francisco’s Regency Theater on April 10. The young producer will tout his full live show for fans across the US and Canada in addition to four DJ sets spread across the itinerary. Along the way, Madeon will make stops at Los Angeles’ El Rey, Ne wYork City’s Webster Hall, Washington, DC’s Echostage, and Indio Valley’s Coachella Music Festival before the culminating at New City Gas in Montreal, QC on May 9.

Tickets for the tour go on sale to the general public at 9 AM local time on Friday, February 13 here. Fans can gain access to pre-sale tickets by pre-ordering Adventure from Madeon’s webstore here.

Madeon has also given fans a new teaser of the forthcoming album via “Pay No Mind,” his new collaboration with Passion Pit. Stream the track below. 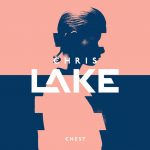 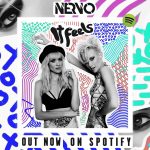