Red Bull Music Academy Radio has announced plans to celebrate its 10th year of broadcasting by relaunching RBMARadio.com in the US with a series of special events throughout 2015.

The new RBMA Radio will debut on February 25 and will feature nine channels, new shows, and a two-week live broadcast from San Francisco, CA. The RBMA Radio pop-up will set up shop in San Francisco from February 25-March 11 and will feature a custom broadcast studio at the Mission District’s Dijital Fix to produce 120 hours of programmed content. Each day’s broadcast will run from 2 PM -10 PM PST, featuring interviews, discussions, and live sets from Tycho, Honey Soundsystem, Slumberland Records, and many more.

The RBMA Radio Pop-Up will also host four special events throughout its stay in San Francisco, bringing together both local acts and international artists at venues throughout the city. Taking place at Rickshaw Stop, The Lab, 1015 Folsom, and The EndUp, the events will feature performances from Big Freedia, Holly Herndon, Spinn & Taso, and more. The poster and full list of events are below. 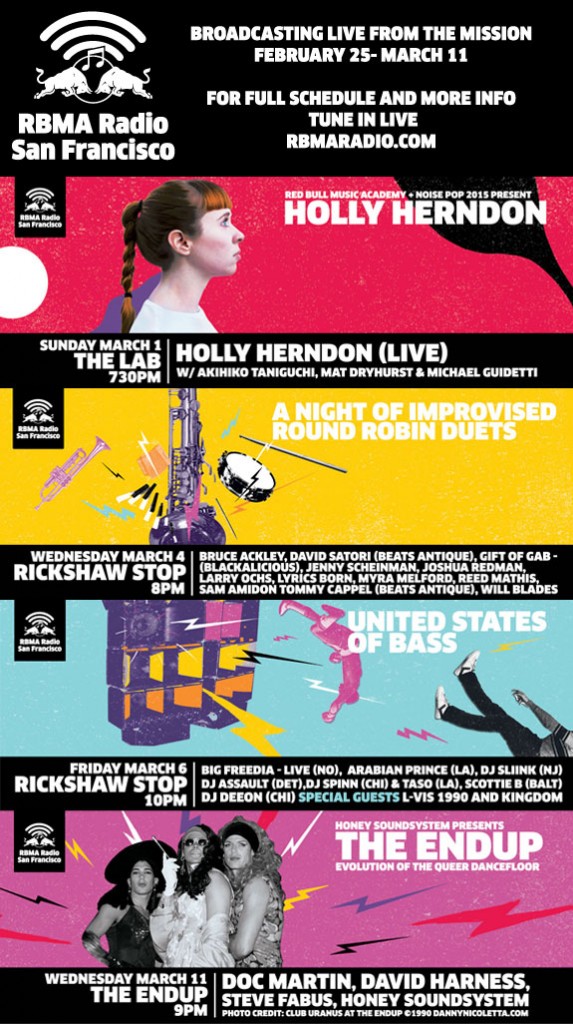 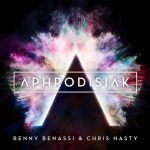 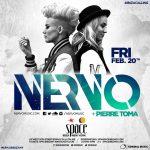