Shlohmo is taking fans to the dilapidated underbelly of Los Angeles in the video for ‘Buried,’ his latest single taken from his upcoming album Dark Red.

Lance Drake directed the clip for the trap-influenced single, which features atmospheric distortion, pounding drums, and rich soundscapes. The video is similarly dark, visceral, and more than a little bit eerie, with quick shots of bloody nightmares, abandoned streets, and claustrophobia-inducing tunnels. Watch the clip below.

The single serves as a preview of Shlohmo’s forthcoming LP Dark Red, due out April 7 on True Panther/WeDidIt. Described as a mix of “90s IDM, R&B, cassette-tape Jungle…and sludge metal,” the the 11-track album aims to further showcase Shlohmo’s production prowess since the release of his debut LP. The full tracklist is below. 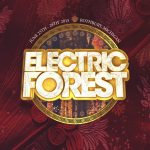 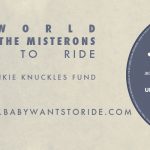