The American Museum of Natural History, located at Central Park West in New York, NY, is hosting their latest One Step Beyond cosmic dance party — now in its eighth season — on February 6 from 9pm to 1am. Todd Edwards, Beautiful Swimmers, and opening DJ Bobby Renz will perform under the artificial night sky, with plenty of cocktails available to keep the night flowing.

The event will take place in the Dorothy and Lewis B. Cullman Hall of the Universe, and party people can also take a dance break to enjoy the Hayden Big Bang Theater, which features a multimedia presentation narrated by actor Liam Neeson that takes visitors on a cosmic journey from Earth to the edge of the universe.

Beautiful Swimmers is a DJ duo consisting of Andrew Field-Pickering (aka Maxmillion Dunbar) and Ari Goldman, who together run a label out of Washington, D.C., named Future Times. Their debut album, Son, was released in 2013.

Opening DJ Bobby Renz grew up in New Jersey and has been hosting the weekly radio show “Let’s Go Swimming” for over six years. He can be heard Wednesday nights on Brooklyn’s Newtown Radio slamming down his special brand of drum machine-based funk. 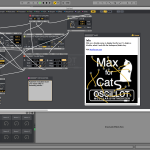 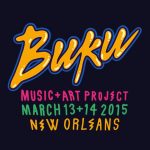