Verboten is set to celebrate its first birthday in its permanent Williamsburg establishment with a week-long series of events dubbed Verboten 001.

The anniversary festivities kick off with two free sessions of Verboten’s Willkommen Deep House Yoga sessions on March 9 and 10. These sessions will also include special musical performances to further bring together mind, body, and music in Verboten’s wide Control Room. The club will also host a special installment of Wassabassco’s Sin on Heels burlesque show on March 13.

The club has readied a packed schedule of music programming for the anniversary featuring three nights of top performers and residency installments. The club will introduce its new Verboten Live event series with Damian Lazarus & The Ancient Moons on March 12, which also boasts Bedouin and a live performance from PillowTalk. The next night, Carl Craig will bring the latest installment of Detroit Love back to the club, and the noted DJ/producer will be joined by Luciano, Chuck Flask, and Keith Kemp for the party. Finally, Maya Jane Coles has enlisted Lauren Flax and Wild Dark for her MJC & Friends night on Saturday. A special Sunday DJ Brunch on March 15 will wrap up the celebrations and will feature performances from Verboten resident DJs and $1 specials on food and drink.

Additionally, Verboten also plans to launch a membership program for its regular attendees which will offer reduced admission to club nights, purchase rewards, and access to special events and merchandise. More details will be announced soon.

The full Verboten 001 schedule is below. Go to VerbotenNewYork.com for more information. 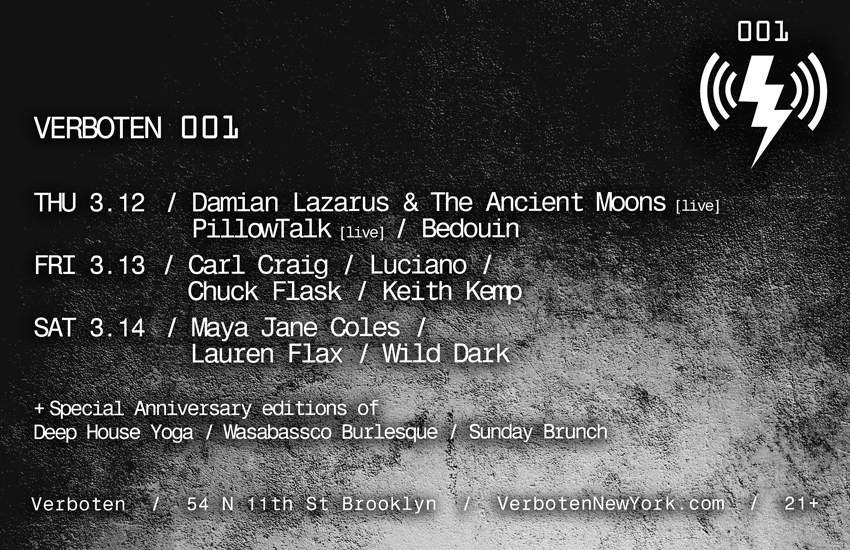 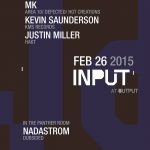 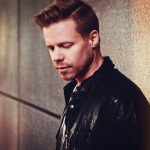