Not many DJs understand the importance of a Disco Moment at a party quite like the boys of Horse Meat Disco.

The DJ collective is based in London, continuing to hold down their residency at Eagle London week in and week out. Armed with a arsenal of deep disco cuts that’s grown even larger since their formation in 2003, the quartet—James Hillard, Jim Stanton, Luke Howard and Severino—have brought their penchant for a good music and an even better time to crowds across the world many times over.

Now, the DJ collective is launching a new residency at Brooklyn’s Output nightclub on Saturday, March 14. We connected with the group to discuss the new residency, their latest mix compilation, and what it’s like to throw the “queer party for everyone.”

DJ Times: You’ve played at clubs all over New York. What sets Output apart from the other clubs in the city and why did you decide to establish the residency there?
Horse Meat Disco: We started off with our NYC residency doing parties at Cielo, which was the perfect place to start. It’s a great club to play at—great lights, sound and an intimate space that fosters a great atmosphere—but it quickly became apparent that we’d grow out of it and would need to find a bigger space. Output seemed the logical next step considering their commitment to great music across the dance music spectrum. It’s also a club that has put the sound at the forefront of its ethos, and for a DJ that’s a dream!

DJ Times: HMD is sometimes described as “the queer party for everyone.” What can people who have never attended a Horse Meat Disco party expect from your residency at Output?
Horse Meat Disco: One of the elements of our residencies we’re the proudest of is the cross section of people who come to them. Disco seems to bring out everyone from the party boys to the disco afficionados. Musically, there’s something for everyone who love music across the disco spectrum. So I guess you can expect to dance around to disco music with everybody being fabulously queer!

DJ Times: What are a few tracks that have been getting a lot of play in your sets recently?
Horse Meat Disco: The following songs by the amazing Patrice Rushen: “Don’t Blame Me,” “Remind Me,” “Haven’t You Heard,” “Forget Me Knots,” “Changes,” and “Let Your Heart Be Free.” Yep, I’m a little obsessed with her at the moment!

DJ Times: What other plans do you have for 2015? Is there a new compilation on the way?
Horse Meat Disco: There is indeed, and it’s going to be an NYC-inspired mix celebrating our residency there and Drawing again on the rich heritage of New York clubland and the music that made it! In addition to that, we’ll be straddling the globe playing in a host of cities (such as Berlin where we have our other residency) and the summer festivals, the highlight being our continued involvement at the NYC Downlow at Glastonbury. In between, we’re messing around in the studio and working on our weekly radio show on Rinse FM here in London. 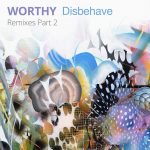 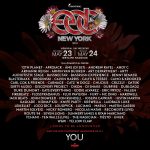