It’s impossible to pin Doorly down. The Los Angeles-based DJ/producer has generated a following for himself through a strong back catalogue—including releases on labels like Dirtybird, Toolroom, Mad Decent, and Cajual—coupled with tight live sets that have turned clubs out regularly for years. More recently, he’s been on a hot streak of original releases, with tracks on high-profile compilations (Dirtybird 10 and Cajual Vs Relief).

Doorly recently caught up with DJ Times to discuss his recent work on the Dirtybird 10 compilation, favorite tracks to play in his sets, and parties this week at Winter Music Conference.

DJ Times: “I Worked Hard for This” was released on the Dirtybird 10 compilation. What’s the story behind the spoken vocal track? There’s definitely a Paris Is Burning vibe running through it.
Doorly: I had been ripping some old vinyl and was working my way through the hip-house section of my records, so obviously when I started making music that week I wanted to make a modern day hip-house beat. I was listening to a load of Fast Eddie and Jungle Brothers stuff and also some newer bits that Marquis Hawkes had done whilst making it. I played the finished beat to my mate Danny, and we came up with an idea based on an old Factory Kids record that Junior Vasquez remixed called “I’m Simeon Dammit” from 1994. Danny is a movie writer, so he wrote these amazing lyrics and we called in Matty Pipes to have a go at them the next day. The studio session was mainly me and Danny trying to make Matty act more and more camp, and he absolutely nailed it!

DJ Times: You’ve also got a new remix of Milk & Sugar’s “Bass (How Low Can You Go?)” What went into creating that one?
Doorly: The Simon Harris original of this is an absolute classic! I had a lot of fun with that. The vocal is so well known that its almost cliché, so I wanted to just use it to create a momentous breakdown and then make the rest of the track nice and techy.

DJ Times: WMC is coming up and you’re playing a few different parties, including Sydney Blu’s BLU Party at Steam. What are you looking forward to most about this year’s WMC?
Doorly: For one reason or another, I’ve had to miss the last two years of Miami WMC, so I’m generally just super excited to be back again for it. I have three amazing shows to play, and pretty much all of my best friends from around the world are all in the same city at the same time so I smell trouble!

DJ Times: What tracks have been mainstays in your sets as of late?
Doorly: Maceo Plex’s “Conjure Sex” absolutely blows peoples heads off when you play it. Also, Sonny Fodera & Gene Farris’ new one “We Work It” is crazy good.

DJ Times: You’ve been on a really hot production tear as of late. What sort of synths, gear, and software have been inspiring you in the studio?
Doorly: I mainly work on the road on my laptop—to be honest—and using Ableton, but I have some synths at home. I’ve just bought all the new Roland AIRA stuff and Korg Vocla stuff as well. which I’m thoroughly enjoying and using a lot now.

DJ Times: What other projects can fans expect in 2015?
Doorly: More of the same really, I have collabs coming out with Zombie Disco Squad and also Dave ‘Switch’ Taylor, and I’m working on some more stuff with Cajmere/Green Velvet as well. My Doorly & Friends parties are now happening worldwide in Ibiza, Ministry of Sound in London, Los Angeles, and soon Miami, so watch this space. I also have another one of my parties called Shelter launching in Ibiza this summer at Sankeys, so that’s where I’ll be based again this summer for my ninth season on the island.

Get tickets to see Doorly at the Blu Party at STEAM Miami here. 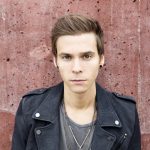