Maya Jane Coles has taken the lid off of her Nocturnal Sunshine alias with the announcement of its debut album as well as the premiere of its first single “Take Me There.”

The Nocturnal Sunshine project sees Maya exploring a dark, bass-driven sound. The eponymous album is set for release on May 25 on Coles’ own I/AM/ME label via Kobalt Label Services and features 12 new tracks. The new album is described as “something more of a cohesive artistic project than simply a record,” with Maya laying down her own vocals and designing the artwork herself in addition to her production duties.

Fans can get their first taste of Nocturnal Sunshine through “Take Me There,” the lead single from the album. The track features plodding bass and heavy dub influences, rounded out with heavily processed vocals samples and hypnotic soundscapes. Stream the track and check out the album tracklisting below.

“Take Me There” is out now digitally, and a limited edition 12” release that includes the exclusive track “Never Too Late” will coincide with Record Store Day next month. 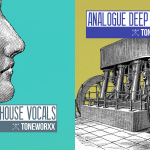 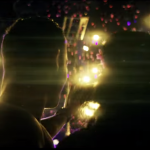