We’ve escaped the early-spring chill of New York and have arrived in Florida for Miami Music Week!Over the next few days, the city will play host to the Winter Music Conference, Ultra Music Festival, and an innumerable number of parties at every venue in the city.

The Winter Music Conference has taken up residence at the Deauville Beach Resort for this year’s expo. The show floor features a smattering of the DJ industry’s biggest manufacturers and brands, offering attendees a chance to interact and play with some new gear. Pioneer DJ’s booth showcased the company’s XDJ-1000 digital player as well as the new all-in-one XDJ-RX controller. Over on other side of the hall, DJs can get their hands on Numark’s NS7III and NV, Denon DJ’s MC6000mk2, and Akai’s AFX, Timbrewolf, and Advance 49. Scratch Academy was also on the floor, with DJ Immortal helping to judge the mid-afternoon DJ battles.

The conference also boasts a full schedule of panels and seminars. Tuesday’s itinerary covered a wide range of topics for DJs and other industry professionals, including “EDM Club Promotion,” “Beats to Bucks: Making Money With Your Music,” and more. A particularly interesting session came courtesy of Miami-based DJ/producer Tracy Young, who moderated a panel entitled “Chicks With Decks – Women in the Music Industry.” She was joined by Stacey L. Taylor, Girls Make Beats’ Tiffany Miranda, YourEDM’s Kiera Miller, vocalist Jei, and DJ Miss Nine, who collectively discussed the experiences of being female in a male-dominated industry. One particularly interesting fact for aspiring vocalists to take away from the panel was to always ensure to claim some ownership in the publishing rights of songs recorded as collaboration, and that a work-for-hire contract will not allow you to reap the benefits of any success a song may have in the future.

The MMW party listings kicked into high gear, with packed clubs all over the city offering just about every DJ imaginable.

Over at STEAM Miami, Sydney Blu threw the 6th installment of her annual Blu Party. The new Downtown Miami club flexed all of its muscles for the party, which included performances on its outdoor Lot14 patio for the daytime portion of the festivities in addition to the stacked lineup inside the venue. The party popped off in the evening, with peak-hour sets from Pleasurekraft, Stacey Pullen, Doorly, and Kevin Saunderson tearing up the dancing crowd.

Afterward, a quick jaunt over to The Miami Beach EDITION hotel in South Beach for a night of Tuesday night fever with Jamie Jones and Lee Foss at Basement Miami was in order. The pair played as part of the club’s Discobox party series, and their tune selection matched the funky vibes. Both Foss and Jones were billed to play special disco sets, and for dished out heavy doses of groovy tracks that turned the tight club into a modern day Studio 54.

The most intriguing party, however, was a little more unorthodox. A quick coffee run past a McDonald’s during the day led to sighting of a particularly amazing flyer.

We’ll have a side of fries with our McRave, please. 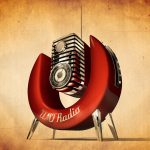 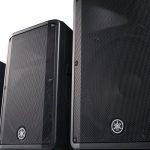