Los Angeles-based DJ/producer Sydney Blu is no stranger to throwing an off-the-walls party, and she’s putting experience to good use next when she brings the sixth annual installment of her Blu Party to STEAM Miami for Winter Music Conference.

The Blu Party will bring the noise on Tuesday, March 24, offering some of the sleekest sounds of Miami Music Week to the Downtown Miami club. In addition to Sydney Blu herself, the night will include performances from Stacey Pullen, Kevin Saunderson, Pleasurekraft, Christian Smith, Doorly, Harry Romero b2b Joeski (HR & SKI), Mendo, Patrick M, Riva Starr, Technasia, and Yousef. It’s sure to be a gallant showing for Blu, who caught up with DJ Times this past February to talk about her forthcoming artist album and recent work.

The Blu Party is just one of STEAM Miami’s many top-notch party offerings for WMC 2015, which also include showcases from Incorrect Music, Dirtybird, and Deeperperfect.

For tickets to The Blu Party, head here. Go to SteamMiami.com for more information on all of the events. 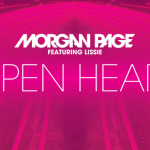 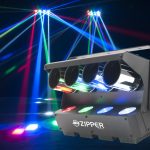