TomorrowWorld has announced the stage curators for its third installment, which will return to Atlanta, GA on September 25-27.

The 2015 stage lineup is a mix of new and returning labels and artists. All Gone Pete Tong, Ferry Corsten’s Full On, Q-Dance, and Smash The House are among the returning curator names for the 2015 edition of the fest, and the themed stages like It’s A Trap, Mythical Frames, All Your Bass Are Belong to Us, The Belgian Stage, and a new Future House Stage will also appear.

Additionally, this September’s installment will also feature the debut of the L!VE Stage for the first time in both TomorrowWord and Tomorrowland history. Jamie Jones’ Paradise, Adam Beyer’s Drumcode, and Hardwell’s Revealed will make their first appearance at the US fest this year, and more hosts are planned to be announced in the coming months.

Peep the initial stage curator announcement below. Tickets and more information can be found at TomorrowWorld.com. 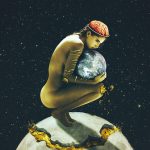 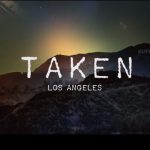