Damian Lazarus is bringing The Ancient Moons to Brooklyn’s Verboten to give New Yorkers a special live show on Friday, May 1.

Damian Lazarus & The Ancient Moons is a live band concept that sees the Crosstown Rebels label boss delivering entrancing tracks channeling magical soundscapes, tribal grooves, and arcane sorcery. Having debuted in 2014 with the release of the superb “Lovers’ Eyes (Mohe Pi Ki Najariya),” the band has just unleashed its follow-up single “Vermillion” with a stacked set of remixes—including ones from Jamie Jones and Agoria—to match it.

The show is the result of a slight reshuffle, with the original live show with The Ancient Moons being replaced with DJ set from just Damian Lazarus when travel issues caused the band to miss their night during Verboten’s anniversary weekend. Additionally, the night will serve as a Mysteryland USA showcase, which is set to take place at Upstate New York’s Bethel Woods from May 22-24.

Listen to “Vermillion” below and purchase tickets to the show here. 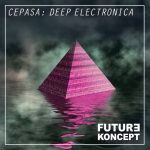 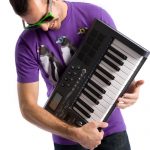