Before Daft Punk ever broke out big, Étienne de Crécy helped put French club music on the map. His mid-’90s collabs with Philippe Zdar as Motorbass, plus his work with Alex Gopher and Air in his Super Discount series were part of the “French Touch” movement that had global clubland abuzz.

Almost two decades later—and after spending the last few years touring his live show, Beats’n’Cubes, in a visually stimulating cube— de Crécy has revived Super Discount for a third installment. His timing, as always, is perfect. Audiences have been prepped by new-school house DJ/artists and again seem ready for the sensual grooves and hook-ready rhythms of Super Discount 3 (Pixadelic/Sony).

Listening to the tracks, subtlety is the keyword on the understated “Smile,” which features the aforementioned Gopher. Same goes for “Follow,” which finds Kilo Kish slinking under its flutters. Then you have Baxter Dury, who offers suggestive rumbles under the hip-shaking hi-hats of “Family.” In contrast, “WTF” gets more upfront, shifting tones and tempos without a hiccup.

Shrugging off his own impact on modern house music, de Crécy credits the contributions of today’s young producers for the inspiration behind his return to the Super Discount brand.

“You can hear the youth of the producers and their innocence in front of the music—they are discovering the music,” says de Crécy, sitting in his Paris studio, located a stone’s throw from the famed Rex Club. “When I did Super Discount 2, music bored me. I was not enthusiastic. I can hear with these new productions that the young producers are really enthusiastic. I’m enthusiastic again now because of them. They brought new energy into this music. They are not looking for complicated things. It’s simple and it’s fresh again. They’re showing me how to do it.”

His analog mixing console—not one seen often in an electronic music studio—is a Trident 24, while the only software in his studio is Avid Pro Tools, Celemony Melodyne, and the Xfer Records Cthulhu VST plug-in.

But you won’t find de Crécy, who comes from a studio engineering background, in front of a screen. In fact, there is no computer between the speakers atop his console. His studio looks like you went back in time to the first Super Discount, circa 1996. Also, he has been uploading tutorials for each of the Super Discount 3 tracks to YouTube, showing this original hardware in practice.

“I tried to work with plug-ins and the computer, but the process is so long to get the right sound,” says de Crécy. “With my machines, I just have to program the kick in the DMX, the bass in the SQ-80 and the sound is immediately perfect. I will need to work with plug-ins soon because, technically, I know I can’t provide the same energy and dynamics. I can feel my productions aren’t hitting as hard in a club. Mostly, the plug-ins emulate old synths. The old synths should be better because they are the original. But it’s not the same. The old synths are really old. Today’s copy is better than the original.

“In the last two years, the music became close to the music I used to make 20 years ago,” adds de Crécy. “I was a bit afraid when we started Super Discount live [with Gopher and Julien Delfaud]. I used to play really hard in the Cube. The tempo, the sound, is much smoother. But young people are bored with bangers and aggression. Like me, like old people, they want something else.” 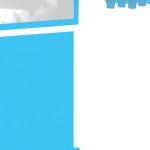 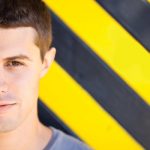 Man of Many Hats: Mike Henderson Keeps Living the Dream