The EcoHazer consumes just 100-150W of power, with similar haze units sometimes producing as much as 1500W. The low consumption is due in part to the EcoHazer’s highly-efficient HazeMaster heating system, which draws less than 0.4 amps at operating temperature and is self-regulating.

The unit’s variable output of 2cc/hr to 50cc/hr is enhanced by Le Maitre’s haze fluid, which features a high percentage of its active ingredient to bulk up its effect. This environmentally friendly, safe fluid allows users to consume less fluid while producing a powerful haze effect.

Operation modes of the EcoHazer are either manual—via a control panel equipped with two rotary knobs for output and fan—or intelligent, self-detecting two-channel DMX. The fan setting is maxed out at 71m^3/hr, while the direction is adjustable from 0-90 degrees. The EcoHazer also boasts a low five-minute heat up period as well as a self-purging tank for easy cleanup and extended longevity.

For more information, go to LeMaitreUSA.com 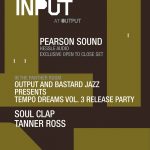 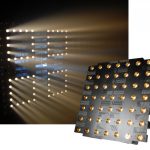