From an anonymous music lover in the crowd at the 1999 Woodstock rave, to traveling around the world with the biggest names in dance music, Mike Henderson is living a life that many readers of this magazine would call a dream.

He’s served as tour manager for some of the biggest DJs in the world, but also as product specialist (for Native Instruments), teacher, DJ, entrepreneur. But that dream didn’t come easy. It was built through years of hard work, perseverance and a “never-take-no-for-an-answer” attitude.

We recently caught up with Mike Henderson (aka DJ Endo) to find out about how it all began, the steps he took to become a full-time dance-music ambassador, and his plans for the immediate future.

DJ Times: I know you are from Vermont, but where exactly and what was it that got you into DJing?
Henderson: I got into DJing in 1999 after going to my first rave. Sandra Collins, Moby, Fatboy Slim and the Chemical Brothers all played and I was blown away by the vibe, energy and electricity of the party, and also how the DJs manipulated the music and programmed their sets to create a vibe and move the dancefloor. I bought my first pair of Technics 1200s the day I got back.

DJ Times: Who were your earliest influences on a local and national level?
Henderson: My first love with electronic dance music was the group, Hybrid. Their melodic style of breakbeats was like heaven to my ears. It was intelligent, progressive, percussive, uplifting and even to this day their sound is timeless and forward-thinking. Their DJ mixes were all mixed harmonically, which was mind-blowing to me. DJ-wise, I always looked up to DJs that pushed the envelope—like Bad Boy Bill, Z-Trip, DJ Craze, and DJ Shadow.

DJ Times: Being at a music school with so many famous alums, did you ever feel DJing was a “step down” or “less impressive” than playing an instrument or being a vocalist?
Henderson: I guess it depends what you are doing with your DJing. If you’re just beatmatching one song into the next outro, I’m sorry to say, but that doesn’t impress me. But what an amazing DJ would do is way beyond that. You are using other people’s tracks (sometimes two, sometimes four) and using the tools and technology to completely manipulate and remix stuff, and play it in new ways. Also with harmonic mixing, I play more like a musician, and my set is one constant harmonic progression, taking my listeners on a journey that’s deep and spiritual. I am moving around the circle of fifths all night like an animal, just as a great jazz musician would do.

DJ Times: So what did you learn from the Boston scene?
Henderson: I got my Jedi music industry training in Boston. I worked for Satellite Records for a couple years, was the street promoter for about seven different clubs and parties all at the same time. I was paying my way through college, doing guestlists for Avalon Boston, and was the sole soldier promoting electronic music events to Berklee.

DJ Times: How did you come to be such a devotee of Traktor and Native Instruments?
Henderson: My final project at Berklee College of Music was a DVD on how to use Traktor, and I also invented a new system of harmonic mixing. I literally chased Native Instruments for a year. I was determined to work with them and was too stubborn to work for anyone else. Not getting that job was not an option.

DJ Times: What prompted your move to New York City?
Henderson: I met Dan Giove, owner of Dubspot, when I was working the Native Instruments booth at [the now defunct] Remix Hotel in Miami. I was doing demos on Traktor 3 and Traktor Scratch, and he asked me if I would be interested in teaching and told me he’s opening a DJ school. I moved to NYC to work at Dubspot and it was a great decision, personally and professionally.

DJ Times: What is your view in general on DVS/digital DJing? How do you respond to the “anti-sync-button” brigade?
Henderson: I think a DJ should use whatever means or DJ platform that helps them express themselves the best as an artist. Digital DJing has opened my world to being able to play any song that’s on my computer without the limitation of a small record crate; but I also love seeing a DJ work it out and ride the beatmix with all its bumps and imperfections. It is not the tools that matter, it’s the carpenter.

DJ Times: How did you get into tour-managing?
Henderson: My second training with Native Instruments was with Dubfire. He had just made the switch to Traktor and was doing some really advanced forward-thinking stuff that was pushing the envelope—and pushing his computer—to the limit. He realized that, while making this transition, he’s going to need someone close by who knows the software inside out and can troubleshoot any issues—plus, we got along great. He asked me right then if I wanted to be his tour manager, then shortly after I went to Asia with him for a month. It was actually the first time I had ever been out of the continental U.S.!

DJ Times: Who were some others?
Henderson: From there, I started tour-managing for other artists like Pete Tong, Nicole Moudaber, Sasha, Sharam, Victor Calderone and many others. It’s never something I envisioned myself doing, and honestly it’s not something I want to be doing for long, but it’s helped me stay dialed-in to the scene and what’s going on. Also, I’ve made a ton of contacts and amazing friends in every city. Now I’m pushing to launch my own career and tour more for myself.

DJ Times: You are starting to get a number of gigs in impressive places—BPM Fest in Mexico, Aruba, Ibiza, Hawaii. How do you usually meet the promoters who are booking you?
Henderson: One of my dreams in life is to visit as many amazing tropical paradises as possible, so I could live my life touring to different islands. I’m constantly chasing this dream, and seeking out promoters in amazing exotic places. This scene is very small in reality and like a big happy international family.

When Mike Henderson launched the latest version of his personal website (djendo.com), he included his customized mappings for Traktor controllers. With zero promotion, DJs from all over the world were finding and buying his mappings on a daily basis. So he teamed up with a few close friends and started the MIDI Monsters site (midimonsters.com).

As a Traktor user myself, I use several MIDI Monster mappings and love them. They are easy to install, easy to use and not only enhance features found in the factory mappings, but hypercharge them, flawlessly. Field-tested at the biggest clubs and festival in the world, they offer you a one-on-one session with a Traktor product specialist for the price of a cup of coffee. Highly recommended. 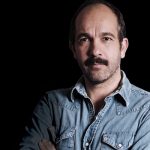 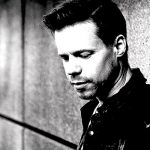