Com Truise is giving New Yorkers a reason to head out to the club early this Friday, April 17 when he brings his sleek synths to Brooklyn’s Verboten nightclub.

Kicking off the night early with a 7 PM showtime, Com Truise’s live show is sure to please everyone from the hardcore synth enthusiast to the general electronic music fan with its sleek, 80s-flavored soundscapes and groovy atmosphere. It’s a homecoming of sorts for the Brooklyn-based producer, as he’s returning to the club for the first time since his performance there at the tail end of 2014. With Com Truise still riding the hype from the release of his luxurious Wave 1 EP last year, it’s sure to be a hot ticket. Additionally, the show is part of the club’s new VerbotenLIVE event series, which boasts all-live shows from bands, producers, and other performers.

Want to head out to show? You’re in luck, as DJ Times is giving away a pair of passes to the event to a lucky reader. All you have to do to enter to win is use the Promosimple widget below by 8 PM EST on Thursday, April 16.

Purchase tickets here and take a look at the club’s April calendar below. For more information, go to VerbotenNewYork.com.

RULES: YOU MUST BE 21+ TO ENTER, AND BE ABLE TO PROVIDE YOUR OWN TRANSPORTATION TO VERBOTEN. TICKET PICK UP INFORMATION WILL BE SENT TO THE WINNER ON APRIL 17 VIA EMAIL. No purchase necessary. The voting period will begin at 1:00PM EST on April 13, 2015, and ends at 8:00 PM EST on April 16, 2015. The winner will be notified that day via email. The winners are allowed to bring ONE companion of their choice. Winners will be denied entry if they try to bring more than one companion. Entrants must use their legal name on the contest entry form as listed on the ID being used to pick up tickets. The contest/event is only open to those 21+ and in New York, NY at the time of the event. Winners must respond in a timely fashion via email to confirm their spot, otherwise their prize will be forfeited. DJ Times will not be held liable for any damage to personal property or injuries sustained while attending this event. Prizes are non-transferrable. While we will never spam you, entering via email gives DJ Times permission to add your email address to its email mailing lists, and to share your email address with any sponsorship partners of this event. 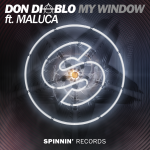 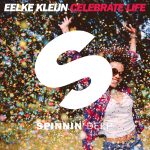