DJ royalty came together with dance hotshots this year when Pete Tong tapped duo Gorgon City to deliver a mix for his annual All Gone Pete Tong & Gorgon City Miami 2015 compilation. Consisting of two discs—a mix by Pete Tong and a mix from Gorgon City including two new tracks—the new compilation is a concise snapshot of the state of dance music in early 2015.

Lightning struck twice when Gorgon City and Pete Tong came together once again to connect with DJ Times TV last month. From a neon-lit skybox in LIV Miami, Tong and the boys of Gorgon City chatted about the new compilation and Miami Music Week.

Watch both parts of the interview below, and go here to purchase All Gone Pete Tong & Gorgon City Miami 2015 ahead of their performance at LiFE SLS in Las Vegas on Friday, April 10. 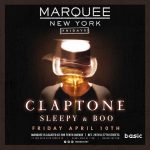 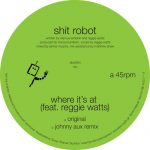