Rane has announced that it has collaborated with Native Instruments to bring official Traktor Scratch certification to the MP2015 rotary mixer.

Setup is simplified with the mixer’s class-compliant Core Audio drivers for Mac, while Windows users simply need to install an ASIO driver. The MP2015’s control surface is MIDI mappable in Traktor, giving DJs software control directly on the mixing console. DJs should note that no Traktor software will be bundled with the mixer.

For more information, go to Rane.com 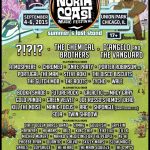 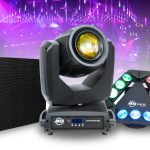