Phoenix – Qualifying Round 1 is in the books at the Red Bull Thre3style competition’s USA National Final, held here at the Monarch Theatre in downtown Phoenix. And moving onto Saturday night’s championship spin-off are the evening’s two winning spinners—DJ Trayze of Washington, D.C., and hometown hero DJ Akshen of Phoenix.

The second qualifying round is set for tonight at Mesa’s Club Red (1308 W. University Drive), where two more DJs will qualify for the final on Saturday night to be held at The Pressroom (441 W. Madison Street). The USA champ will head to Tokyo, Japan, in September for the Red Bull Thre3style World Championship.

Red Bull Thre3style DJ battles require participants to present three different musical genres in a 15-minute routine. In addition to their technical abilities, DJs are judged on how well they rock the room and their musical selections. Judges for this weekend’s competition include industry notables DJ Jazzy Jeff, Z-Trip, Four Color Zack, Grandtheft, and Skratch Bastid. Here’s a look at three of the evenings competitors.

My Regular Gigs: Mixtape Mondays every other Monday at The Dime on Fairfax. Also, monthly at EightyTwo in Downtown LA, Strand House in Manhattan Beach and Now Boarding in West Hollywood.

My Influential DJs: The homie Four Color Zack has definitely had a huge influence on me recently. His sets are so different, but the ideas are always dope in his mixes. He just has an infinite amount of tricks up his sleeve. The technical skill, range in eras of music, humor, and delivery are always on-point.

My DJ Platform: Serato Scratch Live because it’s user-friendly, less troubleshooting to worry about, and I feel like I have more control over my set.

What Makes a Good DJ: Selection and delivery. What entertains me the most is how the DJ takes you on a journey through the music and has original ideas and takes chances when delivering a set, while also keeping the crowd engaged.

My Best Trait in Competition: I would say my background in turntablism, creativity, and the ability to blend that with party-rocking has brought me to this point.

The Red Bull Thre3style Challenge: Picking the right songs and making the perfect set. The competition brings the best DJs together and creates an unforgettable experience for the audience. Making a 15-minute routine that sets you apart from your competitors is always going to be the most stressful and time-consuming part of the battle.

What to Expect in the U.S. Finals: An energy-packed set with scratching, juggling, wordplay, toneplay and an overall fun performance. 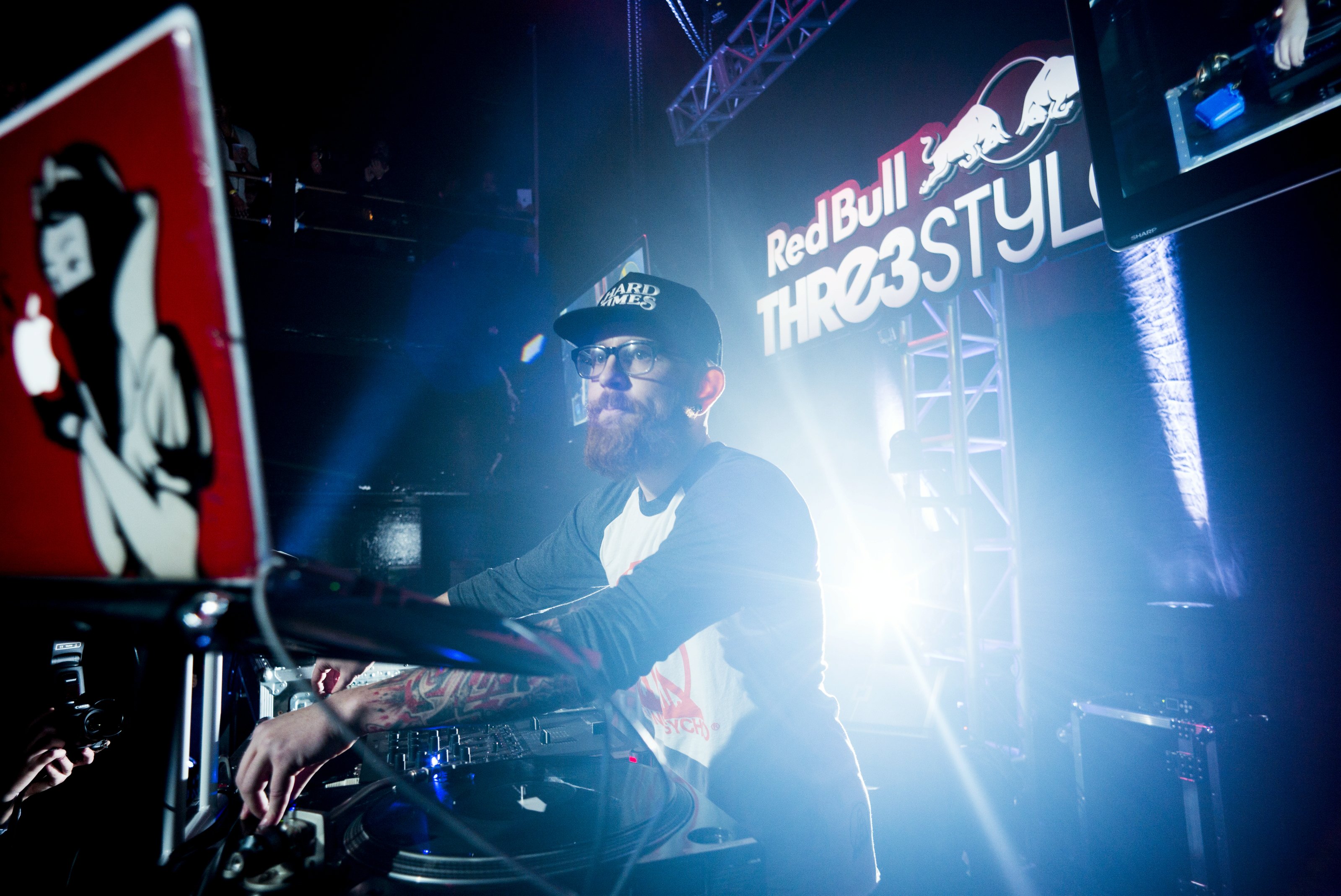 My Influential DJs: Jay Ski—the guy sets the standard on everything from skills to the way you should carry yourself. He’s one of a kind.

My DJ Platform: Old Serato. I still use a Rane TTM-57 mixer—it does everything I need it to.

What Makes a Good DJ: Confidence is everything. I enjoy hearing sets from guys that aren’t using all the same tracks from the same record pools. Also, I love hearing a DJ rock originals—there doesn’t need to be a remix to every song.

My Best Trait in Competition: Just playing to the crowd and enjoying the moment.

The Red Bull Thre3style Challenge: Planning for a crowd you’re unfamiliar with.

What to Expect in the U.S. Finals: Just trying to have fun and do something different. 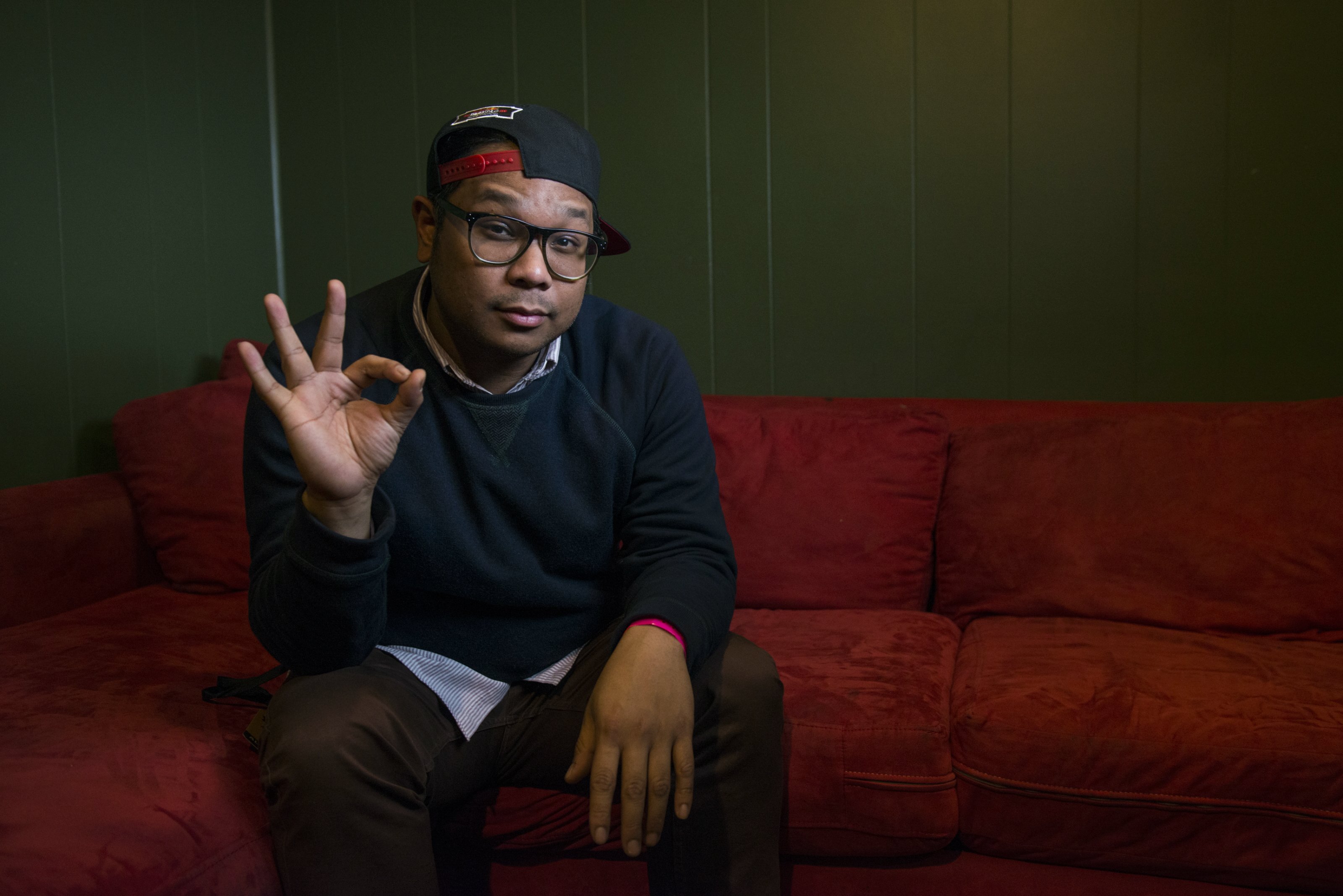 My Regular Gigs: I’m the tour DJ for Wiz Khalifa and the Taylor Gang as well. I also can be heard on six different radio stations: Wired 96.5 in Philadelphia; 96.1 Kiss in Pittsburgh; KKSS in Albuquerque; WYRB in Rockford, Ill.; Hot 104.7 in Maine; and Vibe 103 in Bermuda.

My Influential DJs: Of course, I look up to QBert, DJ Jazzy Jeff, and Craze. But the people who influenced me mainly are the DJs of Pittsburgh and Philadelphia. You may not know them, but they inspired me to take it this far.

My DJ Platform: I use Serato Scratch and DJ. I think it has the best interface to rock the 1’s and 2’s—simple for the most part. I think all the extra stuff they keep adding to DJ programs are cool bonuses, but really it’s just about two turntables, the mixer and how well can you rock on the basic set-up.

What Makes a Good DJ: A good DJ tells a story. They take their audience on a musical journey. They create moments that are timeless. I like DJs that aren’t afraid to take chances and keep it interactive. I respect DJs who are able to put their personality in their performance.

My Best Trait in Competition: Honesty. I just like to do me, tell my story. I am passion in action.

The Red Bull Thre3style Challenge: To make everyone happy. You maybe technical and the judges understand, but it may go over the audience’s head. And you may be able to play the right songs, but how much of your personality is felt? It’s a unique competition because it’s a fine balance between skill, selection and personality.

What to Expect in the U.S. Finals: I just want to do something timeless, so that years from now you can listen back to my set and find it still relevant. 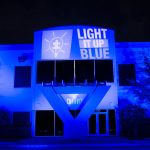 Chauvet ‘Lights It Up Blue’ for World Autism Awareness Day 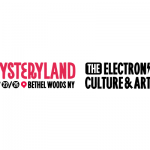