Richie Hawtin’s CNTRL: Individuality & Creativity In Technology-Based Music tour has returned for 2015, bringing an immersive day and night of education, technology, and music to eight college campuses across North America.

The CNTRL tour launched last week and made its way to New York City this past Friday. The festivities began in the early afternoon on New York University’s campus, with a series of panels and workshops offered to students in addition to a technology marketplace. Student producers could attend an hour-long masterclass hosted by Point Blank Music School and taught by Dantiez Saunderson, while a two-hour artist lecture immediately after featured a discussion between Hawtin himself and Dantiez, Francois Kevorkian, and Ean Golden.

That evening, Hawtin gave New York a full night of music at Webster Hall. In addition to a set from Hawtin himself, Ean Golden, Dantiez Saunderson, and Francois K performed, giving attendees an eclectic and diverse array of genre stylings.

For a further taste of CNTRL, watch a new video overview of the 2012 edition below.

The remaining tour dates are below. For more information, go to CNTRL-Edu. 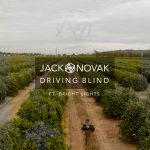 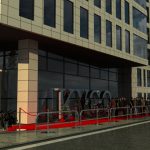