This year’s DJ Expo is set for August 10-13 at Atlantic City, NJ’s Trump Taj Mahal. In addition to the exhibition floor and a robust set of seminars and workshops, DJ Expo 2015—produced by DJ Times and Testa Communications—features a full series of parties and nighttime entertainment.

This year’s DJ Expo Kick-Off will take place on Monday, August 10 at the Scores Atlantic City in the Trump Taj Mahal. Hosted once again by MC Mike Walter of Elite Entertainment, the party is open to Full Expo and Special Event Badge Holders, who will have the opportunity to mingle and network ahead of the rest of the DJ Expo’s festivities.

The party will feature no shortage of entertainment, as DJ/singer/dancer Mandy Jiroux will treat attendees to a special performance of her debut solo single “My Forever.” While there, Jiroux—a noted choreographer—will also walk partygoers through a new dance routine.

Jiroux began her ascent to stardom in 2008 with the launch of The Miley & Mandy Show with best friend Miley Cyrus. In the years since, Jiroux has been a member of the girl group BG5 and built a leading YouTube dance channel. She is currently in the studio working to put the finishing touches on her debut album, having collaborated with Afrojack and Da Internz. 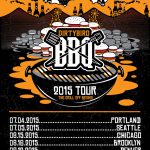 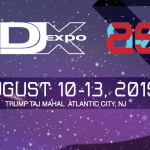