Groove Armada have premiered “Alright,” the first track from their upcoming Little Black Book album (due out July 6 via Moda Black).

Groove Armada’s Little Black Book is the second installment of the release series on Moda Black, first debuted in 2013 by Hot Since 82. The project sees each artist combining an artist album, remix album, compilation, mix series, and more into one package, giving fans a stack of new material as well as reimagined classics by contemporaries. The release is comprised of two separate discs, with CD1 made up of 77-minutes of Groove Armada originals and remixes (including seven exclusives). CD2, on the other hand, features 12 producers—including Kolsch, andhim, Huxley, Joris Voorn, PillowTalk, Chaim, wAFF, and more—reworking classic Groove Armada tracks like “Love Sweet Sound,” “ I See You Baby,” and “Superstylin’.”

The special notebook version of the release features Andy Cato’s autobiographical account of the Groove Armada journey from Castlemorton to Los Angeles.

To preview the release, the duo is giving fans a taste of the release with “Alright.” The eight-minute house thumper features a hazy array of druggy vibes, tight hi-hats, and rising synths, readying itself for the packed dancefloors in both clubs and basement parties. 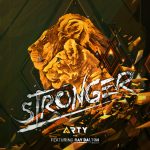 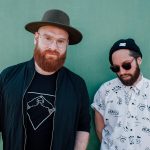