John Tejada has been releasing quality techno since 1996, when he launched Palette Recordings. Since then, he’s put out 10 artist albums, eight EPs and a mix compilation, plus he’s supported them all with DJ sets and live shows in some of the world’s greatest venues. His latest release, Signs Under Test (Kompakt), delivers plenty of unique textures and heady melodies, as it offers a delicious mixture of blissed-out grooves (“Two 0 One”) and dancefloor bombs (“Vallbara”).

We caught up with the Los Angeles-based Tejada to discuss his studio approach.

DJ Times: This record is really deep and beautiful, and it takes you on such a ride. When you go into a project, is there a conscious decision to separate tracks for “listening,”  as opposed to dancing?
Tejada: I’m not really aware of it when I’m making music. There are a few times when I have something in mind, but that’s usually if I’m working on just one song as a highlight on a single. Then it’s like throwing all your eggs into one basket and you just get one chance to accomplish what you want with one or two songs. An album is more free. I’m just trying to create music that I feel good about. There’s no goal in mind, except for the processes and methods I’m exploring at the time.

DJ Times: What was your artistic approach to Signs Under Test, anything different from other projects?
Tejada: Not really, although some different tools like tape delays became a big part of the sound. I also began using a tracker called Renoise on most of the songs, which took me away from the confines of my usual DAWs.

DJ Times: What are some studio products you can’t live without?
Tejada: On the album, you’re hearing all hardware instruments. I try to keep it as small as I can. Each piece, whether an old monosynth or modern analog polysynth, all have a distinct sound. My Roland SH-7 is my favorite vintage piece and my Elektron boxes are my favorite modern pieces, along with the various Eurorack modules. Software-wise, Renoise has really rescued my creativity.

DJ Times: Any plug-ins at all in the process?
Tejada: I’m not using any plug-ins for synths. I use a few at the mixing stage and some effects as well, but I try to stay out of the computer as much as I can. A lot of my sounds end up tracked in with hardware effects, as I also found manipulating wet signals can be fun. The UAD plugs are very handy for mixing in the box, as are the FabFilter plugs. But I’ll get the sound as close as I can on the way in so that I don’t have to rely too much on plug-ins.

DJ Times: When you play out, what’s your set-up?
Tejada: For DJing, if I can, I will still play vinyl. However, this doesn’t work so well in most venues now… if the turntable set-up isn’t permanent. In that case, I’ll go with CDs. However, these days, I prefer that most of my shows are live PAs. I’ll use a combo of Elektron boxes to create new works for live shows and reinterpret some of my past works with them as well. They are very portable, easy to take around and keep me from needing to involve a laptop in the set. So it ends up being a small, but powerful hardware setup.

DJ Times: In your career, what venues did you enjoy playing the most?
Tejada: Output in Brooklyn, Fabric in London and Yellow in Tokyo, which is no longer running. But all had great sound systems.

DJ Times: In your formative years, which DJs impressed you and why?
Tejada: I grew up taping mixes off the radio every day in the mid-’80s. I wanted to know how these guys were putting this music together. Here in L.A., we would get these really intricate mixes from Dr. Dre. KDAY had a great roster of DJs. M Walk and Joe Cooley were great L.A. DJs. If I was lucky, I would get a hold of some East Coast tapes. The Latin Rascals [Tony Moran and Albert Cabrera from New York’s WKTU] were incredible with their intricate tape edits. I’m still amazed hearing their mixes today.

DJ Times: These days, which producers impress you and why?
Tejada: Currently, it feels like it’s all been done. Most things are a throwback in some way. It’s that, or I just really hold on to those earlier moments where someone did something for the first time, sometimes by accident. For me, early sample explorers like Art Of Noise, Marley Marl, Larry Smith, and The Bomb Squad really caught my ear at an early age, for programming things that no one had thought of. Even though that wasn’t house or techno, it’s the same process, the same tools. For me, it really shaped a lot of the idea of what’s possible with drum machines, synths and samplers.

DJ Times: How does a producer become unique?
Tejada: Create your own sounds, learn how DSP works and write your own DSP! In an age where everyone has access to the same tools, create your own, and do what you can to make your voice original. Learn the inner workings and create something original from nothing. Let everyone else throw sound banks and loops into their DAWs. Invent your own way of working and kick some ass.
– Jim Tremayne 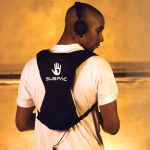 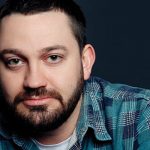