Ultra Europe will return to Croatia’s Dalmatian coast from July 10-12 for its third annual installment, and the fest’s lineup has been expanded with the addition of a second wave of acts.

The phase two announcement adds a smattering of established and rising acts, with Hardwell, Dash Berlin, Jamie Jones, Marco Carola, Paul van Dyk and Solomun joining the list of headliners. Other acts amongst the lineup include Andrew Rayel, Apollonia, ATB, 3lau, Flosstradamus, Galantis, Guy Gerber, Hot Since 82, Markus Schulz, Sasha, and The Chainsmokers, all of whom will descend upon the massive Poljud Stadium in Split. Additionally, the Phase 2 announcement also confirms the return of Carl Cox’s famed Carl Cox & Friends Arena as well as the Ultra Europe debut of the 360-degree Resistance stage dedicated to the sounds of forward-thinking and underground electronic acts.

The current lineup is below. For more information, go to UltraEurope.com. 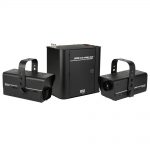 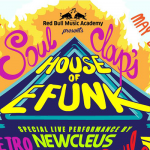