Progressive house stalwart Eric Prydz is heading to the Dirty South this weekend for a big performance at Atlanta, GA’s Opera Nightclub on Friday, June 5.

The Swedish DJ/producer—also known for his Pryda and Cirez D aliases—will take to the club’s decks as part of Liquified’s Illuminate event series for a night that promises euphoric grooves, soaring synth chords, and—of course—near-blinding laser beams. It’s definitely not a night to be missed, as the performance represents a rare southeast appearance for Prydz, who’s hard at work for the release of his debut artist LP later this year.

Friday night’s show is well-timed for Prydz, who is coming off a big week that included the release of a spellbinding video for his single “Generate.” Prydz partnered with director GMUNK—who previously worked on the films Tron and Oblivion—for the gorgeous clip, which was shot entirely without the use of CGI. You can treat your eyes to the jaw-dropping video in full 4K resolution below. 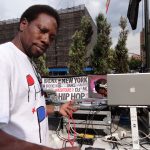 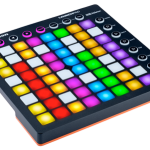