In an EDM world where seeing DJs’ faces on billboards is a commonplace occurrence, sometimes it is better to be flying just a bit under the radar.

Following the more modest approach, New York-based Nick DeSimone (aka Nickodemus) has managed to successfully maintain a steady career for 20 years, and counting. He gained his initial profile DJing at the legendary Giant Step parties and, later, helming his own Turntables On The Hudson events, which continue some 17 years later. Held every other month at Le Bain in The Standard High Line NYC all year ’round and monthly at a big outdoor space in Washington Heights during the warmer season, the event is now global.

Indeed, twice a year, he takes it to Cairo, Egypt, as it’s dubbed Turntables On The Nile, and three times a year to Barcelona, Spain, as Turntables On Las Ramblas. Recently, Nickedemus traveled alongside Massive Attack’s Daddy G and Captain Planet to Dubai for Turntables On The Gulf. The tour also saw him carry his internationally accessible sounds to other major Middle East cities like Beirut, Lebanon, and Amman, Jordan.

It is Nickodemus’ free approach to creating eclectic sounds that makes him so palatable across genres—you’ll find organic elements, plus plenty of soul and a genuine funkiness. He draws from all corners of the globe for sounds, making them work within his palette. This is exemplified on the mixed compilation Wonderworld: 10 Years Of Painting Outside The Lines, a disc on his own Wonderwheel imprint that’s accompanied by a free download of each of the 23 individual tracks on the mix. A real blend of styles, the rolling rhythms of “Los Tarantos” balance against the rich vocals of Carol C. on “Cleopatra in New York” and the Latin flourishes of “Conmigo.” And yes, the 10 years in the title references the decade that he’s been releasing music.

“The music I did 10 years ago is being discovered by a lot of people now,” says Nickodemus, who credits social media, music platforms like Pandora and Spotify, and festivals for the ongoing interest. “The organic-meets-electronic music I was making back then is in full stride. A lot of us are progressing into new territories, reflecting on the older stuff, and bringing it to new levels. That’s why I decided to put out the 10-year retrospective. I want to reintroduce people to what’s been happening over the past 10 years. The kids that are 20 were 10 when the stuff came out. Maybe they’ve seen me at a club or at a festival or on YouTube. I want them to also hear what was going on back then that paved the way for music that we make today.”

The mix of styles heard in any given set from a number of DJs has allowed Nickodemus’ music to fit easily into a variety of settings. Plus, depending on who is playing before or after, Nickodemus can make his selections fit the flow and keep the crowd moving without compromising his personal taste.

“People are more open,” he says. “When I was growing up, you were either a house head, a hip-hop head, a dancehall/reggae head and, if you went to a rave, you were going to get techno. Nowadays, there are a lot more opportunities for people to hear different artists. Especially the way management and booking agencies work, they have artists on the roster they want to expose, so there’s definitely good cross-pollination going on.”

For DJing, there are two separate set-ups for Nickodemus. One is a pair of Pioneer CDJ-2000s that are conducive to playing WAV files on USBs, plus a Pioneer DJM-800 effects-friendly mixer. The other is all-vinyl, for which he prefers Technics SL-1200s with a Pioneer DJM-900 mixer, which he taps into for effects—this approach also allows Nickodemus to move through genres more easily with delays and reverb.

If the venue has really high-end audio, he says, a rotary Rane or Allen & Heath mixer is preferred—plus, cement or something solid and vibration-cancelling under the decks. A combination of CDJs and turntables is what Nickodemus mixed Wonderwheel on, along with a Pioneer DJM-600 mixer.

“I organized the mix how I do a lot of my DJ sets, starting downtempo and going up to house tempo,” he says, “So from 95 BPM to 125 BPM, that’s the range I usually play in. I picked songs that were highlights meaning some of the vibration I felt from other people about what they liked best. Then I picked some of my favorites from old to new—stuff from 2000 all the way to 2014.” 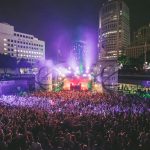 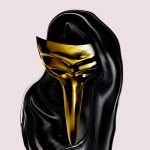