At the heart of electronic music (and for that matter, numerous other modern music genres) is the venerable synthesizer.

And while hardware synthesizers continue to have healthy followings, the advent of computer-based music production workflows years ago, coupled with standards like VST, has resulted in an explosion of choices for generating sound in one’s digital audio workstation (DAW) of choice. It’s tough keeping on top of those choices, and it’s equally tough for a new entry to stand out in a crowded market.

That’s not held Hollywood-based Output back from trying. The small company, founded by late 2013 by a trio of musicians, recently launched Signal, its second entry into the space, following its initial effort in the market, Rev.

What It Is: Signal is unlike any soft synth I’ve used. Like many musicians, I have my go-to synths and workflows and approaches to creating music, and my brain thinks of synthesizers pretty much along the lines of analog hardware synths: You set it up (i.e., pick a patch, or create one), and play notes that generate pretty singular tones (albeit often very rich ones). Sure, you can get into arpeggiators and various types of modulations that impart a pattern onto the sound, but I often do those sorts of manipulations in the DAW vs. the synth. Signal, on the other hand, is all about patterned sound.

Output refers to an instance of Signal as a “pulse instrument.” Essentially sound begins as a sample—recordings of a wide variety of instruments and other sound sources. Signal then provides various manipulations, including LFOs, step sequencers, arpeggiators, and what Output refers to as their own unique “Tape Looper” to add rhythm and evolution to each sound. I’ll come back to this point in a moment.

Signal is based on Native Instruments’ popular Kontakt synth platform. Kontakt serves as the foundation for a large number of software instruments, including many of Native Instruments’ own offerings. But the platform has proven popular with third parties as well who want to take advantage of its proven sample engine.

As a result, installing and using Signal means first downloading and installing Kontakt (provided one doesn’t already have it). The plug-in is offered in a couple of different versions, including a free-to-download variety. Users of Native Instruments’ Komplete, or subsets of it, probably already have it installed and ready.

In any event, Output offers its products solely as digital downloads, and utilizes a special integrated “download, un-package and install” tool called Connect to make the process foolproof, and ensure that its sample libraries and functionality finds its way to proper location for Kontakt.

Once installed, using Signal is as simple as firing up your DAW, loading Kontakt into a track, and choosing Signal within Kontakt’s interface.

Using Signal: As I mentioned earlier, Signal and its “pulse-engine” approach are all about patterned, evolving sounds, and there’s a lot to choose from. With a huge 40-Gig library of content, and myriad manipulations, you get a remarkably capable sound generating system whose approach and “flavor” was (to me, anyway) both unconventional and inspiring.

Starting with the provided “pulse instruments” (presets, basically), Signal’s default user interface delivers simple, easy-to-understand manipulation capabilities to modify the sound and make it your own. It’s done with four prominently placed sliders, whose function changes depending on the preset chosen.

Under the hood, the sliders—which can be automated within the DAW with ease, or for live performance, controlled with hardware-based controllers—are macros that each control one (or more) underlying aspects of sound generation. It’s clear that the company spent a considerable amount of development effort just providing that core, 500-instrument-strong library; the macros for each seem well-thought-out, well-named (to give you a good sense of their function), and each preset is described in plain English to also give you a hint of what’s to come. And for my part, I had a great time exploring it and tinkering with sounds without ever digging into the product’s advanced mode.

But alas, an advanced mode is available to those who like to get their fingernails good and dirty. That mode allows you to dig into the intricate details of each preset, and of course, to create your own. You can choose the source samples, set up filters, adjust ADSR, add effects, and choose the rhythm methodology—and do that across two separate pulse engines that run in parallel, with up to two separate rhythm systems running simultaneously in each.

Those rhythm systems are where a lot of the power comes into play. When you select a pulse type (wave, step, arp or loop), you can then choose from a wide array of variations. Or, depending on the type, you can customize to your heart’s content (e.g., programming the step sequencer or arpeggiator).

The end results are complex, evolving sounds that can serve both as rich sonic backdrops in a track, as well as in-your-face leads that can pulsate and throb, grow and retreat, or evolve in ways that are sometimes unpredictable, giving some inspirational musical fodder when creativity wanes—or when you just want to kick some juice into a project. And using DAW automation (or off-board controllers) to wind, unwind, and otherwise control things over time adds even more fun to the mix.

Conclusion: By the time this review hits the pages of the magazine, Signal’s first update will have been available for awhile, and Output seems poised to keep strengthening Signal’s functionality and sound capabilities; the Version 1.1 update included two free expansion packs for early adopters—perhaps a sign of things to come.

In any event, Signal runs $199, or can be purchased with Output’s earlier Rev offering for a reduced bundle price, and offers a lot of sonic bang for the buck. As I said earlier on, it’s unlike any soft synth I’ve used—and a result, it’s found a permanent home on my studio computer. 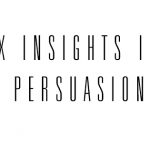