Richie Hawtin was awarded an Honorary Doctorate degree from the University of Huddersfield for his contributions to the world of music technology.

The techno maven—who recently finished up his educational CNTRL tour of colleges—is one of eight people from the worlds of media, science, enterprise, politics, and the arts who received the honor at the prestigious UK university at an award ceremony earlier this week. The degree was conferred by actor Sir Patrick Stewart OBE and honors Hawtins work as a leading figure in electronic music production and performance.

Senior Lecturer in music technology at Univerity of Huddersfield Dr. Rupert Till said a the Oration:

“At one of his CNTRL educational events in American, Richie Hawtin said: ‘Electronic music is innately tied to the technology used to create it’. He is someone who not only understands the significance of this fact, but who has responded by becoming a leading light as a DJ, musician, event promoter, record company owner, and electronic music technology development company director, an international figure as an artist, performer, mogul and entrepreneur. Having left University at a time when one could not study music technology, in order to pursue his musical ambitions, and having found himself touring US Universities 20 years later to help students understand his methods, it is highly appropriate he is here today as a large number of music technology students graduate this afternoon. As the New York Times put it, ‘Hawtin is one of the electronic dance world’s intellectual forces.’ We hope there will be opportunities for that intellect to interact with and inspire Huddersfield students and staff in the future.” 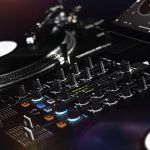 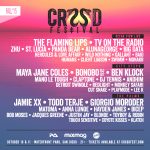