If the international success of MaRLo is anything to go by, trance music is no longer a European game. Over the past few years, the Dutch-born, Australian-raised has made quite a name for himself with seminal releases on Armin van Buuren’s Armada Music and high-profile slots at some of the world’s biggest events and clubs.

Having spent the summer heavily touring Europe, Australia, and America, MaRLo has had a truly global 2015, and the season’s not even over for the rising trance titan. With performances at TomorrowWorld, Stereosonic, and Creamfields on deck and his latest single “The Dreamers” out now, we caught up with the busy DJ/producer to hear some of his favorite tracks to play this summer.

“It’s my latest single! So I’m promoting it. [laughs] But seriously, it’s also one of the key highlight tracks in my sets right now.”

“Mark is a great producer, and this has that great, epic, modern trance vibe.”

“This track has that cool blend of uplifting melody in the breakdown and a banging techy drop.”

“This has got a massive, clean production with an anthemic Pirates of the Caribbean film score-type vibe.”

Darren Porter & Re Order – “The Void”

“It’s quite simple! This is uplifting trance with balls! [laughs] I like this.”

For more information, go to facebook.com/marlomusic. 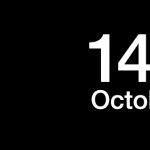 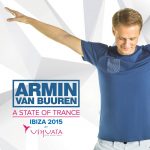