In addition to its massive shows scheduled at Madison Square Garden and Los Angeles Memorial Sports Arena, Disclosure has announced a full headlining tour of North America this fall.

The tour kicks off on September 29 with the aforementioned performance at LA’s Memorial Sports Arena before heading to Austin, TX’s ACL Music Festival on October 2. The tour will culminate with the pair’s Madison Square Garden performance on October 24, with stops in Atlanta, GA, Nashville, TN, Toronto, ON, Chicago, IL, and more along the way. Tickets go on-sale at 10 AM local time on August 7 at Disclosure’s site here.

Additionally, the pair has also taken the wraps off the collaborators and tracklist of their upcoming album Caracal (due out September 25 on Capitol Records). Lorde, Miguel , and The Weeknd are just a few of the names confirmed; peep the full list below. 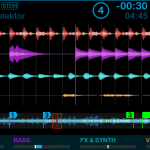 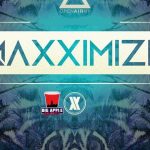