There isn’t anyone quite as deserving of the title Rave King as HARD Events founder Gary Richards.

After cutting his teeth at the underground warehouse parties of Los Angeles and discovering electronic music, Richards set his sights on getting in on the action himself. Picking up the mantle of DJ Destructo, Richards took matters into his own hands and began booking and throwing his own parties in California. This all culminated in 1993 with Rave America, an 18,000-plus person New Year’s Eve blowout at SoCal’s Knott’s Berry Farm amusement park.

He bowing out of the scene for the better part of a decade to work for record labels—including an A&R stint for Rick Rubin’s American Recordings. But then, Richards returned to the electronic music event planning in 2007 when he launched HARD Events with a festival in downtown Los Angeles. Over the past eight years, the brand has become one of the biggest players in the festival industry, blending the sounds of today’s hottest DJs with cutting-edge live acts that span from alternative to hip-hop at gatherings like HARD Summer, HARD Day of the Dead, and the floating rave that is known Holy Ship!!!

In 2012, the company was acquired by Live Nation, which has allowed the empire to expand even further with events across the country and beyond. With over 100,000 tickets to this August’s HARD Summer already sold, it’s fair to say that the HARD nation is only growing stronger with time.

Amongst all of this, Richards has further explored his musical endeavors under his Destructo alias. While he’s still a mainstay at most HARD events, his tours and discography—including his 2014 G-House soiree the West Coast EP—have landed him in the middle of a career renaissance over 20 years since it began. DJ Times connected with Richards to chat about how he went from the seedy warehouses of the 1990s to some of the world’s biggest stages of 2015. 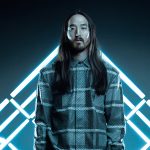 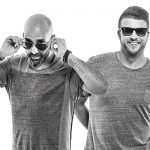