Nicky Romero is bringing his Protocol concept party back to this year’s Amsterdam Dance Event with a blowout at Melkweg on October 14, and the full lineup for the event has been revealed.

In addition to a set from Romero himself, Deniz Koyu and Thomas Gold will go B2B for an exclusive set. Other confirmed acts include Wildstylesz, Stadiumx, Volt & State, and Blinders B2B Florian Picasso. Surprise guests have been teased, with Martin Garrix, David Guetta, Fedde Le Grand, and Afrojack having made appearances in prior years.

Over in Room 2, Protocol Management artist Arno Cost will take over for the Dutch debut of his When In Paris party concept. He will be joined by Ansolo, Gregor Salto, Mike Mago, New ID, Norman Doray, and Rob Adans, with more acts to be revealed in the coming weeks.

Watch a teaser below and grab tickets here. 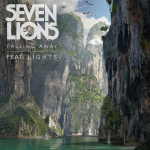 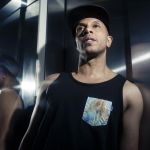