As provocative behind the decks as he is with his image, Borgore has built quite the reputation for himself with his crushing bass, huge soundscapes, and high-octane live shows.

Since dropping his debut album #NewGoreOrder last year, the Tel-Aviv-born DJ/producer has kept himself busy with a string of electro-charged trap releases and a hectic touring schedule that has included high-profile performances at Tomorrowland, Ultra, and EDC Las Vegas over the past few months. In addition to his own pursuits, Borgore—real name Asaf Borger—has also kept his Buygore imprint at the top of the dance music pack with singles from Rain Man, Ookay, and more.

Now, Borgore is in the midst of an intense September, with his latest single “Forbes” having just dropped and the first of a two-part EP series set for an imminent release. We caught up with the bass behemeoth to chat about the new release, his upcoming projects, and just want goes into running his own label.

DJ Times: #NewGoreOrder came out last summer. What have you been up to studio-wise since?
Borgore: On the September 4, I had a new single featuring G-Eazy come out and a full EP is coming out on October 2. Gonna be hella lit.

DJ Times: Any plans for another artist album? Any other projects in the pipeline?
Borgore: I’m sitting on enough tunes to have a double album, but I’m crazy judgmental about my own work so it takes time for me to release tracks. As I said though, the date above for my EP is actually part one of two, so basically I have an album but it’s coming out in the form of two EPs.

DJ Times: Buygore’s had some pretty big releases over the past few months. What sort of sound do you look for when signing releases and artists?
Borgore: We don’t look for a certain sound; this is what makes all our releases so great. If it’s good, we’re going to release it.

DJ Times: What plans do you have for the label for the rest of 2015?
Borgore: We have so many good releases stacked all the way up to 2016 and stuff keeps on coming, so I’m really overwhelmed. We are a super small team with no crazy funds or support, but we’re still important players in this game. The plan is to only keep on growing. The label’s second tour is starting real soon in partnership with Jager—very exciting!

DJ Times: You just played at Tomorrowland. How was the festival and experience?
Borgore: UNREAL.

DJ Times: What are three tracks that have been staples in your sets recently?
Borgore: I mean, I still love playing my own stuff more than anything, and I have more than three tracks!

DJ Times: Any specific gear/hardware/software/synths/etc that’s been a must-have in the studio for you as of late?
Borgore: Serum is definitely the synth of 2015 for me. Other than that, by being on the road non-stop for the past few years, I’ve learned how to produce with only a laptop and cheap headphones. If you really want to make my day, a five-octave keyboard will give me tears of joy.

DJ Times: Anything else you have planned in the coming months?
Borgore: I’m planning on not taking a vacation anytime soon. 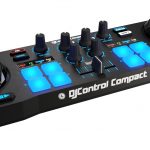 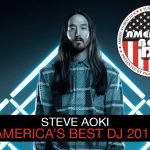