The Djarkta Warehouse Project will return to Indonesia on December 11-12, and organizers have revealed a huge lineup to celebrate the fest’s seventh edition.

Set to host more than 70,000 partiers from across the world, DWP will take over the Jiexpo Kemayoran Convention Center for its two-night blowout that highlights some of the biggest names in dance music. Armin van Buuren, Axwell ^ Ingrosso, Tiësto, Kaskade, Claude VonStroke, and Jamie Jones are all confirmed to play at the fest, which will boast an outdoor main stage in addition to its huge second stage and new, underground-focused third stage.

The announce lineup is below, with more names set to be added in the coming weeks. Get tickets and more information at DjakartaWarehouse.com. 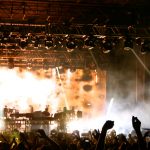