Brooklyn Electronic Music Festival will return for its 8th annual installment on November 5-8, and this year’s lineup has been revealed.

House legends MK, Armand Van Helden, and Masters at Work lead the charge, with Laidback Luke B2B Gina Turner, Floating Points, Soul Clap, Snakehips, and more also confirmed to play. The 2015 edition of the seminal event will once again see performers playing across a variety of venues in Williamsburg, with two pre-parties planned for November 5 and a closing morning brunch on November 8. Additionally, this year’s BEMF will see the return of official afterhours programming, which will kick off Saturday at midnight and run through Sunday’s sunrise.

Phase 1 of the BEMF 2015 lineup is below. Stay tuned for more acts, and go here to purchase your tickets. 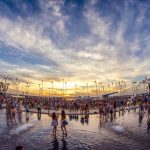 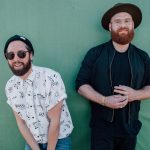