Summer’s just about over, but there’s still time to go on one last trip to “Portland” with Moguai.

The Germany-based DJ/producer recently teamed up with Watermät for “Portland,” the massive, festival-ready 1000th release on Spinnin’ Records. Combining blaring rave synths with luxurious melodies, the track is a sonically refreshing main stage anthem that’s stormed through seas of ravers all summer.

For Moguai, the single is the latest in a string of top-notch, commercially-successful singles that have included the smash “Mammoth” with Dimitri Vegas & Like Mike, “Aciiid,” and “K I X S.” We caught up with Moguai to talk about the release as well as his busy summer schedule and studio work.

DJ Times: How did you and Watermät come to collaborate?
Moguai: I was invited to the Spinnin’ Writing Camp in Amsterdam in 2014 and saw Watermät’s name pop up in the list. I was super excited to work with him and asked him if we should get together. The writing camp is always very cool but you only have a little time.

DJ Times: How did “Portland” come together, from the creation to recording?
Moguai: We went through our ideas and found a very rough take in Watermät’s library. But we were very fast in production and finished about 80% of the track. Later, we worked over the Internet, added the vocals, and did the fine tuning.

DJ Times: You’ve been touring a lot this summer. How has the single gone down to live crowds?
Moguai: The perception has been amazing so far. Not only in my own shows, but also shows for so many other DJs who took the track into the playlists. I feel [Watermät] and I have really hit a spot again with the track and that the mixture between heavy synth and mellow percussion with power has a great impact on festivals and clubs, apart from the overly heavy EDM sound.

DJ Times: The track is Spinnin’ Records’ 1000th release. What’s it like to have released productions on the label over the past few years?
Moguai: I’ve been with Spinnin’ Records for so many years now and have seen the label grow from a regular dance label to the powerhouse that it is today. Being alongside Watermät as the 1000th release here is just a great honor, seeing that so many other big artists have had their impact on the label as well. I’m really happy about how this turned out.

DJ Times: Have any particular studio gear/software been must-haves when you’ve been producing in recent months?
Moguai: Yes, for my production flow I’ve always relied on one or two iPads in my studio for controlling the DAW. I have build some very cool FX chains with those that I can instantly apply. This is very handy and enhances my workflow.

DJ Times: Any artists that have been staples in your sets this summer?
Moguai: Prok & Fitch.

DJ Times: What else are you working on?
Moguai: I’m working on something very special at the moment, which I do not want to give away just yet. This has been evolving for quite some time now and I’m just about to release the news. So, keep an eye out for that. 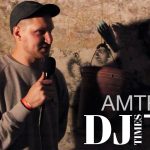 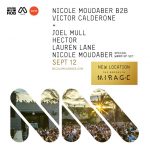