Fresh off the release of their latest LP Moonbuilding 2703 AD earlier this year, experimental electronic duo The Orb are hitting the road for a North American tour this month.

Kicking off this Friday, September 4 at Miami’s Bardot, the tour will be an extensive journey throughout the US and Canada. With stops in Atlanta, GA, Asheville, NC, New York City, Boston, and Detroit ahead of the tour’s conclusion at Chicago’s Metro on September 27, the duo’s mind-bending sonics will flow through throngs of fans across the continent.

Peep the full list of dates below. Go into the studio with the pair’s feature in the September issue of DJ Times here. 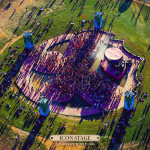