In the age of smartphones, Wikipedia, and TMZ, there’s nothing that can still be classified as a true mystery.

An exception to the rule? Enigmatic DJ/producer Claptone.

Clad in a magician’s garb and a now-iconic gold mask, the entity is all but an intangible representation of late-night grooves and shadowy nightclub figures. No name, no gender, and no identifying features of the nocturnal creature have ever been confirmed, even to members of Claptone’s own management team.

Despite the complete shroud of secrecy that surrounds the persona, there are a few facts about Claptone that we do know. A string of releases on Germany’s Exploited label gave rise to the being’s prominence in recent years, all of which culminated with a Beatport No.1 remix of Gregory Porter’s “Liquid Spirit” earlier in 2015.

Most recently, the house maestro laid out a debut album so full of personality that it’s easy to assume that you may even know the being itself. Meshing together quirky house beats with indie rock vocalists, Charmer represents the intriguing intersection of instantly accessible hooks and an underground dance aesthetic.

We tracked Claptone down to crack into the man behind the mask and find out what goes into creating one’s first artist album.

DJ Times: The “Liquid Spirit “remix seemed like a huge ‘coming out’ moment for you. Did you expect any of its widespread success?
Claptone: No, I didn’t expect the impact it had at all. An interesting fact about this remix is that I turned down an offer to remix the track in late 2013 because I didn’t feel I could do the original justice as I love Gregory’s work. In 2015, I was approached again and managed to find a way to translate “Liquid Spirit” into a house record in a way I was pleased with.

DJ Times: What sort of opportunities arose from it? Did you feel any pressure to try and create a follow-up to it?
Claptone: I don’t see myself primarily as a remixer of other peoples work. My debut album Charmer is my main focus at the moment. This is an album in a classic sense; you can lean back and listen through. With vocal features by many indie acts like Clap Your Hands Say Yeah, Peter, Björn and John, Nathan Nicholson of The Boxer Rebellion as well as character artists like Jimi Tenor and Jay-Jay Johanson, you’ll easily fall under its spell. But I made sure all the single tracks can be played in the Club too in their long Beatport Versions. Don’t get me wrong, I still like doing remixes (and with offers from Disclosure, Duke Dumont, and Rudimental, you can’t say no, can you?), so there will be more Claptone remixes in the future.

DJ Times: When/why did the idea of a full-length artist album come about?
Claptone: The idea of making an album came right after the success of “No Eyes” with the impeccable JAW of dOP. This song was laid out as a B-Side in 2013 and became bigger and bigger in the clubs (even though it had a full vocal on top). This gave me the confidence to think about making an album that works in the club, but is also a real album and not just a compilation of club tracks.

DJ Times: Was there an idea that guided the recording of the album?
Claptone: The fist step I took after writing some instrumentals that I felt would define the sound of Claptone was personally contacting people whose music I have enjoyed over the last decade. I wrote about 100 emails and talked to the vocalists I wanted involved. To me, it was very important to get the performers I was inspired by, the singers that managed to touch me with their music over the years.

DJ Times: The sonic textures of the album feel very organic and eclectic. What inspired the sounds and instrumentation?
Claptone: I am Claptone, and if you split my name in two and then perform it you know why the album sounds organic. It’s the human touch that I’m after. The organic sound reflects my personal emotional involvement when creating the music as well as my efforts to evoke emotions within the recipient. I don’t employ a ghost producer; I am the ghost myself. A real ghost. I am eclectic because I love music in general, and for me the separation into genres is not as important as my personal taste, which separates music that resonates with me from music that just doesn’t.

DJ Times: What sort of gear did you create the album with?
Claptone: My main instrument is my mind. Everything starts with an idea about rhythm and melody. I develop a groove until I have a beat that speaks to the body. Funk and sould are ingredients I don’t want to miss out on. Chords and melodies have to make me feel; they have to matter to me on an emotional level. On the technical side, less for me is more. I try to limit myself as much as possible to stay inventive.

DJ Times: What are some challenges of keeping things exciting and fresh over the span of 13 tracks, especially when compared to creating singles or shorter EPs)?
Claptone: The album gives me the opportunity to expand the sonic frontiers of what Claptone sounds like beyond the club world, beyond the world of EPs that cater solely to the DJ and the dancer. The main challenge is to keep the flow of an album, which order of tracks allows each song to breathe and have impact keeping an eye on the overall arc. The attention span of listeners today is much shorter, so you need to stay musically exciting within your musical realm. It’s one of the most exciting things I ever created.

DJ Times: With the album completed, what’s next for Claptone project-wise?
Claptone: I’ll clear my mind and hard drive; probably doing some club tracks and remixes and mentally preparing for a new approach towards a second album. But not even I know what the future brings.

You can catch Claptone in Brooklyn for a very special Halloween Masquerade at Verboten on October 31. Tickets and more information are available here. 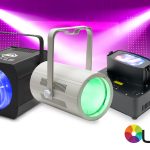 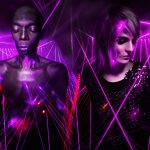 No Sleep: Sister Bliss Talks ‘Faithless 2.0’ & Looks Back on 20 Years of Faithless