With its premiere edition having taken San Diego by storm earlier this spring, the biannual CRSSD Festival returned to Waterfront Park on October 10-11 for a weekend of gorgeous weather and even better beats.

Despite the uncharacteristically hot temperatures—nearly 90-degrees in October—throughout the weekend, the SoCal vibes were as chill as ever. Featuring two-days of seaside musical programming that blended some of dance music’s buzziest DJs and producers with indietronica-leaning rock acts, the fall edition CRSSD Fest offered up a welcome respite from the usual main stage-ready EDM drops and Kandi-coated ravers.

The City Steps stage proved itself as the place to be for much of early Saturday afternoon. A series of booming bassline house belters—including a particularly noteworthy remix of Rihanna’s “Bitch Better Have My Money”—from Wax Motif warmed the already heated crowd even further, but it was a funked-out tech house set from youngster Justin Jay that was a surefire favorite. The phrase “funked-out” isn’t being used lightly, either; the Dirtybird favorite literally opened his set with the Lipps Inc. classic “Funkytown”! Other highlights from the stage included Detroit Swindle and a uproarious headlining performance from Australia’s Anna Lunoe.

However, it was the special B2B sets over at The Palms stage that gave attendees some truly one-of-a-kind performances, including smooth, sunny nu-disco offerings from Goldroom & Le Youth and Classixx & Holy Ghost!.

Things went a bit deeper on Sunday, with the City Steps stage featuring dark house from Maya Jane Coles as well as killer Berghain-esque techno from the club’s own resident Ben Klock. Earlier, chin-stroking techno purists got their fill with Mano Le Tough and DJ Tennis, while German Super House duo andhim tore up the stage before the masked Claptone took to the decks.

The scenery was just as intergral to the experience, so take a look at some of the photo highlights of the event in the gallery below. For more information (and to keep informed of the festival’s upcoming Spring edition), go to CrssdFest.com. 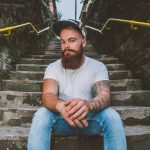 Turn It Up: Will Clarke on New Dirtybird EP, DJing, & Studio Work 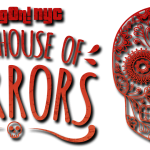 BangOn! Serves Up Halloween Rave Delights at Warehouse of Horrors