The name Joe Brunning may not be familiar to every electronic-music fan, but it’s very possible that your favorite underground DJs are playing plenty of his tracks. Brunning’s most notable supporter is the legendary Carl Cox, who adopted Brunning’s throbbing anthem “Now Let Me See You Work” into his sets years ago.

We caught up with the London-based Brunning and he discussed his influences, Cox’s support and his process on Soul Matters.

DJ Times: How has Carl Cox’s support impacted you and your music?

Brunning: To be honest with you, I was massively and very heavily influenced by a guy he brought through the ranks many years ago. There’s a guy called Trevor Rockcliffe, who was one of the first people I got into through Carl, in terms of the really funky techno sound that I try to make now. It’s obviously not a direct copy of what Trevor Rockcliffe does by any means, but he’s been a massive influence on me.

DJ Times: So, why do you think Carl has been into your music?

Brunning: I just think that Carl loves that old-school sort of jacking house sound that I do—and it doesn’t appeal to everybody, it appeals to other people. I think some people think it’s an old-school sound—and people just want to keep up with the new sounds. What I actually try and do is mix the old with the new, so hopefully in the long run I should receive some support from some other guys as I pursue my career. It would be easy for me just to make some music like… some rolling tech-house, big snare drums and some bleepy sounds—a lot of what does exist that appeals to everybody, or go down the EDM route, which is fair enough. It’s all got its place—you can’t take anything away from it. But I literally just try to hone my own sound and by doing that, I’m not following anybody else.

DJ Times: What are some of your studio essentials?

Brunning: Propellerhead’s Reason software. I use that because, when I was studying music, that was one of the first programs I came in contact with—as well as things like Cubase. To be honest with you, it’s just been one of those things that I learned well. Then I take it into the studio and mix it down through proper analog mixers to give it a really nice, warm sound. I work with an engineer to get the very best sound at the end because the mastering is completely different platform in itself. 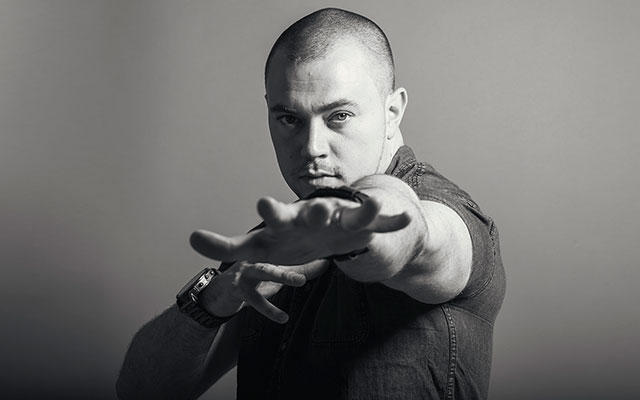 DJ Times: What was your composition process on this album?

Brunning: I wanted this album to have a beginning, middle and an end—as with most albums. I wanted it to really tell a story. There are actually 18 tracks in total, so it’s a fairly long journey. Each track was based on different ideas.

Brunning: There’s one on there called “Light in the Dark,” which was written about my wife and the relationship we have. So there are a lot of deep-rooted feelings in the music that really comes through in the sound. I was actually writing notes as well—it wasn’t just in my head, but I was putting pen to paper and writing little snippets down of what I was thinking about. So that actually helped me to find my feet in some of the songs.

DJ Times: There are some melodic and ethereal moments as well.

Brunning: There are very simple things like the first track on the album, “A Sydney Storm.” At the time, I was living in Australia and I wanted to get a field recording of exactly where the album was made, where my studio was situated. So what I did was, instead of sitting in the studio and sampling a storm or some birds signing to try and make it sound atmospheric, I actually went out in a thunderstorm, which happens quite frequently in Sydney, and recorded a storm with stereo mics and sound of airplanes coming over the top and try to really capture the ambience of my experience. I worked with some musicians, as well. I worked with a saxophone player, a pianist and recording live instrumentation, which is something that’s really important to me.

DJ Times: The album’s title track, “Soul Matters,” comes in at nearly 10 minutes. Tell me about that track.

Brunning: The lyrics are mine and the melody in the song started out with vocals; the actual melody you hear in the track was me originally singing, but it didn’t quite work out. So I decided to speak the vocals. It was written in mind with how you can take influences of a more progressive sound, even a nod to the sort of trance with the beautiful melodies, elements of techno, elements of house with percussion, really nice sub-bass, and then just encompass it all with the title “Soul Matters.” For me actually, it’s a double-edge meaning. 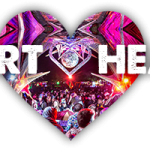 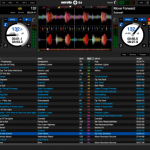