It’s hard to believe it’s been two decades since UK band Faithless released its debut single “Salva Mea (Save Me), launching what would become an impenetrable legacy as one of electronic music’s live pioneers in the ‘90s. With six studio albums in the bag and over 15 million records sold, Faithless—consisting of Maxi Jazz, Sister Bliss, and Rollo—accomplished everything shy of world domination before calling it quits in 2011.

However, good things can’t stay apart forever, and news spread earlier this year that the band would reunite for a new greatest hits album and live tour in 2015. Considering the group’s trendsetting past and influential nature, it’s only natural that Faithless would put a new spin on the retrospective template by having today’s biggest EDM stars put their own spins on their biggest hits. The album—cleverly titled Faithless 2.0—features reworks of staples like “Insomnia,” “God Is a DJ,” and more from present-day dance stalwarts like Above & Beyond, Eric Prydz, Armin van Buuren, Tiësto, Booka Shade, and more.

We recently caught up with multi-instrumentalist Sister Bliss to talk about the new release, and she dished on the remixes, reflected on the group’s history, and even teased at future releases.

DJ Times: What’s it like to look back and celebrate 20 years of Faithless? How do you view your overall journey at such a milestone?
Sister Bliss: It’s pretty amazing to think we have had a 20-year career considering we only got together initially to make one track! That first track “Salva Mea” began the conversation, and I guess our journey has been an endless conversation from thereon in about pretty much all aspects of the human condition interpreted in musical and lyrical form over our six studio albums. I think the journey still continues, but looking back I am proud that we made the music we wanted to make without compromise, and we are all very humbled that people really took it into their hearts.

DJ Times: Why did you decide to celebrate the 20th anniversary with a compilation album and remixes of your biggest tracks?
Sister Bliss: Partly because it felt like a great way to celebrate the 20 years by updating and refreshing our music by bringing on board the biggest artists in their respective fields in the dance world today, who would connect with an audience who probably weren’t even born when we started. And our music has been bootlegged and remixed unofficially over and over again over the last 20 years,  so I thought it would be cool to bring people the definitive “official” remixes curated ourselves .

DJ Times: What went into selecting which tracks would be included and reworked?
Sister Bliss: Lots of thought and also consideration went into our choices. Also, on a practical level, we couldn’t include every single track, as we were limited by how much time we had per CD. And of course, there is the small matter of budget!

DJ Times: What about selecting the artists?
Sister Bliss: We approached people we really felt would be a great fit musically for the tracks and who are leaders and game changers in their respective genres and would bring their A-game. Also, we had prior relationships with many of the artists. I am a DJ as well as musician and have shared the stage—and the dancefloor—with many of the artists, so it was really nice to be able to reach out and involve them in this project.

DJ Times: Any of the remixes that you can single out as one of your favorites?
Sister Bliss: I love Above and Beyond’s remix of “Salva Mea.” I think it was a brilliant interpretation of a pretty uncompromising track, and they were very respectful to the original—retaining the drama and epic feel of the song while making it danceable. Madison Square Garden and the other 100s of thousands of people they’ve played it to seem to agree! I also love the funkier cuts like Purple Disco Machine’s take on “Miss U Less See U More,” but the whole album is really strong and reflects the strength and variety of the dance music scene in all its global glory. From full-on EDM to Future R&B and dirty disco house, there is something for everyone on Faithless 2.0!

DJ Times: Tracks like “Insomnia” are still heard at festivals/shows around the world today in unaltered form. Did you expect that sort of timelessness when first creating it?
Sister Bliss: No. You can never anticipate what will capture people’s imagination, and we never imagined we would have such a global presence for such a long time! After all, people move on and the music business is a fickle place.  I guess there must be something universal and timeless about our music and Maxi’s lyrics—which is a wonderful thing to have been part of creating something that has created its own space and continued to mean so much to so many.

DJ Times: How have the new live dates been this year? What’s the setup for the show and what should fans attending expect to experience?
Sister Bliss: The shows have been absolutely phenomenal; we headlined festivals all over Europe throughout the summer and are about to embark on a sold-out Arena tour in UK and Europe. We have eight musicians on stage for our live show and an absolutely rocking light and laser show!

DJ Times: Tickets for the shows have been selling out almost instantly. How does it feel to still be so in-demand two decades in?
Sister Bliss: It’s an amazing feeling. It’s always nice to be missed! And I really thought we wouldn’t be touring again, so it’s like a double blessing!

DJ Times: As someone who’s been in the dance music scene for two decades, what do you think of the current state of EDM, clubbing, and raves? What aspects have changed and what has remained constant?
Sister Bliss: It’s hard to comment really, as globally dance music goes from strength to strength in all its forms and really is the music that dominates the clubs and now airwaves. But in London and other UK cities, loads of iconic clubs have been shut down and nothing new is being built. I am concerned that there are less and less places for DJs to cut their teeth and less venues for punters to taste all that dance music has to offer locally without having to go to summer festivals (which can be a very expensive experience).

DJ Times: What’s next for Faithless? New material? More touring?
Sister Bliss: Well, we have been very busy in the studio with lots of collaborations with some really interesting and cool artists, so who knows! It could form the basis of a brand new Faithless album, and it would be amazing to carry on our 2.0 tour into 2016, so watch this space!

Head to Faithless.co.uk/20 for more information. 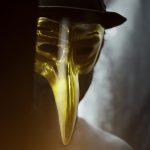 Claptone: “It’s The Human Touch That I’m After” 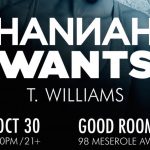