There’s more trance to be found around the globe than just that of Europe, and the breakout success of Australian DJ/producer MaRLo is proof-positive of that fact.

Having amassed a zealous following in his home of Australia, the Dutch-born artist has found himself catching the ear of Armin van Buuren and his Armada Music label. Now touring across the globe and booking high-profile slots at world-renowned festivals like Tomorrowland and Creamfields—as well as becoming a staple of Armin’s A State Of Trance shows, MaRLo might just be one of the hottest trance acts around right now.

We caught up with the Aussie during the rain-filled madness of TomorrowWorld to chat about his hectic summer, recent single “The Dreamers,” and just how he came to learn how to DJ.

DJ Times: You’re wrapping up a busy summer of touring. What gigs have been highlights of it?
MaRLo: The summer’s been absolutely amazing. A lot of the really big festivals—especially in Europe—like Tomorrowland Electronic Family Festival, Creamfields UK again, SW4, and of course all of the big Ibiza parties like A State Of Trance at Ushuaïa. The whole year, actually has been insane.

DJ Times: Are there any specific ones that particularly stand out?
MaRLo: Tomorrowland had a really good vibe—all of Australian flags were there [in the crowd]. I wouldn’t say there was one big standout one, though; I think the whole year was fantastic.

DJ Times: Having come from Australia and now touring across the globe, are there any differences between crowds in different regions that you notice?
MaRLo: Every place you play is both as similar as it is different. What I mean by that is that everyone wants to go out and have a good time, so when they pay for their ticket to go out they go to enjoy the music. Especially trance fans. They are very passionate, and that’s a global thing anywhere you go. The differences are more that there might be different dance moves that people might do more in one place. One place might be where everyone makes banners or another place they might be really into getting signatures on their tickets or photos. There are more similarities than there are differences.

DJ Times: You’ve been described as “Australia’s No.1 Trance DJ.” What sort of reaction do you have when you hear that?
MaRLo: It’s very flattering and it’s nice to hear that. I’ve been working a very long time and I’ve built my music career out of Australia, so I’ve watched it grow steadily throughout the years. It’s really incredible to play in Australia to massive crowds with the passion that everyone’s got over there as well.

DJ Times: You weren’t born in Australia, though.
MaRLo: Well I was born in Holland, so I’m originally Dutch. I moved to Australia when I was 14 and built my music career out of there. I still have a lot of friends in Holland, so I’m kind of Dutch-Australian.

DJ Times: Did production or DJing come first for you?
MaRLo: I started out with producing. I was producing for a few years and had a few releases under another name with a friend of mine. We were called Liquid M. We actually weren’t DJing at all, instead we were playing live on keyboards, drum machines, and samplers. It wasn’t a DJ thing at the start at all. DJing came much later.

DJ Times: How did that happen?
MaRLo: Nowadays you can just bring a laptop and have a live show, but back then we were really properly live where we were actually playing melodies on the keyboard and hitting in samples on the sampler. It was super live, which meant it had a lot of preparation and rehearsals that went into it and also a lot of equipment. For the [booking] fees we were getting back then, we’d lose money every time we’d tour from just taking the equipment. We did that for a while; we just cared about making the music. It came to a point where we realized all these other DJs could walk up with just their record bags and play a set, and promoters just started booking us to a DJ set instead after they heard our requirements for the stage.

DJ Times: You’ve been working with Armada a lot recently. How did that relationship come to be?
MaRLo: Before Armada I was on Spinnin’ Records. I was doing remixes for Armada, Flashover, and a bunch of other labels already. Spinnin’ started to sort of change their sound a little bit—I’ve still got a good relationship with them, though—and it got to a point where Armin van Buuren was supporting me so much by playing almost everything I was making that it just felt like a natural step to send a few demos their way.

DJ Times: You recently released your single “The Dreamers.” What went into the creation of the track?
MaRLo: Originally I made that as an introduction track for my set at A State Of Trance, then I turned it into a full song. It’s a track that I did with my wife Jano. She wrote the lyrics, and I wrote the music. It was a really organic track. We were just having a play around in the studio; I was making melodies and she’d just start singing things. It just came about without much plan besides that we wanted to make something for A State Of Trance.

DJ Times: Are you working on anything in the studio that fans will be hearing in the coming months?
MaRLo: I’ve been touring a lot, so I haven’t been home in a while. Once I get home, I’ve got a bunch of projects that are about 80-percent finished, so they’ll be a lot of tracks coming out in the next few months.

DJ Times: Do you find yourself working while on the road or are you more of a studio junkie?
MaRLo: I used to work on the road, and I found that it wasn’t an inspiring environment to be on an airplane or in a hotel room hunched over a laptop. For me, it’s really important to be in a creative environment, which is my studio where I have my comfy chair, big monitor, and my cat on my lap. It became a bit of a waste of time to try and force something when you’re on the road and to put this pressure on yourself to make music while you’re away.

Listen to “The Dreamers” below and go to MaRLo’s Facebook page for more information. 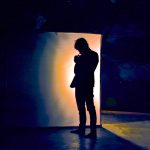 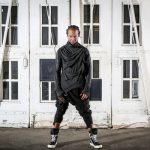