At the turn of the century—well before EDM hit the mainstream in North America—there were a number of U.K.-based artists leading its charge. While these acts’ musical output and appearances have been sporadic stateside, and even patchy on their home turf, that has never been the case with the Dub Pistols.

The London-based act—the creation of rabble rousing DJ/producer Barry Ashworth—is on its sixth full-length, The Return of the Pistoleros (Sunday Best). Since the Dub Pistols’ 1996 inception, Ashworth has steadily been releasing albums and spends half the week gigging, mainly as a live act with a full band, but also as a DJ.

When it comes to homeland notoriety, the group won “Best Live Act” at 2014’s Bass Music Awards – not a surprise with its non-stop touring honing its performance chops. And it was nominated for that honor at this year’s AIM Awards. On any given week, Dub Pistols can be found playing festivals – on the main stage, the reggae stage, or the dance tent. With the music ranging from skanky dub-reggae to party-starting drum-n-bass, they slot in anywhere, and it works. This eclecticism is reflected on The Return Of The Pistoleros, which has a good balance of stonking drum-n-bass, ska swing, taunting vocal chants, and enough horn blasts to keep everybody moving.

As for his studio approach, Ashworth keeps things in the box, working on a Macintosh with Pro Tools, Ableton, and a host of plug-ins. “I’ll often use parallel distortion on a bus, mixed low with the original vocal to add a glow,” he says. “I’ll put slap-back or short reverb on the distortion to create space and thickening around the vocal. What’s awesome for that is SoundToys’ Little AlterBoy, which works great for extreme, as well as subtle effects. McDSP FutzBox is an awesome-sounding, simple-to-use multi-FX, modeling, filter, and general mash-up box, which usually ends up on several buses and individual tracks. Slate Digital Virtual Mix Rack ends up on every track – the compression and EQ sound so good. The Neve module, and Revival, the free one they give away, used in moderation, makes things sound fatter and shinier. 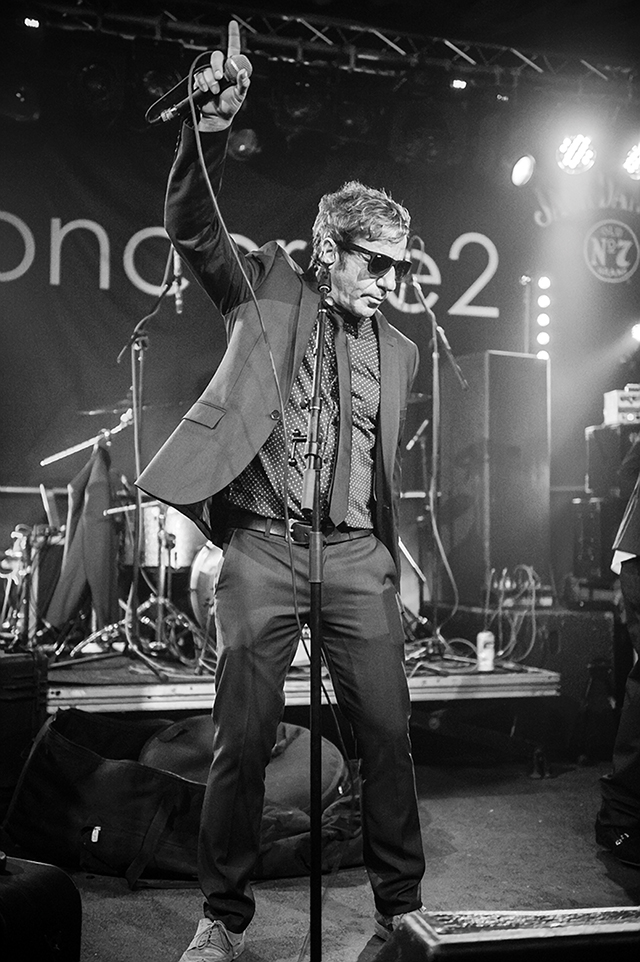 “Some of the tracks were mixed with the Slate VCC console emulation. The added harmonics from analog modeling plug-ins can really fatten the sound in an aesthetic way and give it a bite. One point about de-essing: Sometimes de-essers mess up the sound, I’ll duplicate the track on Pro Tools and trim out the offending syllables by hand, putting them on the duplicate track at a lower volume. It takes time, but often cures the problem in a way automated processes can’t match.”

If Ashworth needs something played, he sends his idea, either hummed or referenced from a record, to Tim Hutton (“He’s my go-to musician”). Similarly, for vocals, which his music always heavily features, he’ll send tracks to vocalists and finish them at home.

“I tend to record the vocals without any compression or treatment on the way in,” Ashworth explains. “Performance is the absolute, number-one important thing. Without the right delivery, no plug-in or processing will bring the right feeling to the track. Having an awareness of how you’re going to mix and stack the vocal tracks is vital. Some vocalists will have a good vision of this up front, but you’ve got to be fast at recognizing when something is out of time or tune, and try and capture the right vocal takes from the start.

“I try and get a feel for what needs doubling, for example, as I’m going along. The moment may not come again. It’s so important to get the timing right in the vocal performance and, hopefully, that’s come from the performance rather than from hours of chopping afterwards.”

If the tempo or groove needs adjusting after recording, Ashworth warps the timing using either Elastic Audio in Pro Tools or Ableton, paying careful attention to every beat and syllable, making judgment calls for each moment of a song, with particular thought to timing. He says, “If the timing is lousy, the whole record is not going to feel right. All your delays and processing afterward are just going to make it worse.”

With many opportunities to test out new material, Ashworth makes a variety of versions including some mixes under his General Narco or Dogtown Clash alter egos. For DJing, he relies on Native Instruments’ Traktor, stating, “I can’t see anymore” as the reason he’s not using USBs. Keeping the eclectic aesthetic, he’ll either have a breaks set or a drum-n-bass one. He recently DJed an all-vinyl set for which he had to go through a garage-full of records and arrive early at the venue to practice as his decks aren’t set up at home anymore.

“I was really nervous,” he admits. “I hadn’t played on vinyl for over two years. I thought you would lose it—but, not at all. I found it easier and more enjoyable than DJing with Traktor. I don’t even think I dropped a beat and I used to drop loads. It was brilliant.” 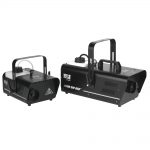 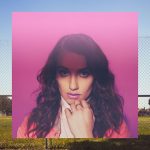